Rob Lowe came by Ellen to talk about his new Lifetime movie Beautiful & Twisted. He came out to Flo Rida’s “Low“, which I thought was pretty funny. Rob Lowe was very excited for the Ohio State win. He’s from Dayton and he used to see the games when he was really young. 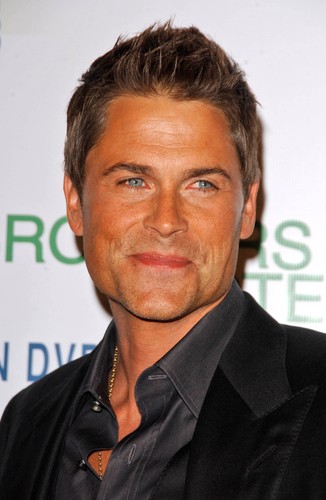 Rob Lowe came by Ellen today to talk about his new Lifetime movie ‘Beautiful & Twisted,’ his love of football, and his many characters for those DirecTV ads. (s_bukley / Shutterstock.com)

Rob Lowe and his family play football a lot and they have a Turkey Bowl every year for Thanksgiving. Rob Lowe said this year he was very concerned about getting hurt because he’s getting older. His whole family is also very athletic. Rob Lowe said he uses physical activity to lessen his stress, so when he doesn’t get his workout in he feels like he’s stressed out and takes it out on other people.

Rob Lowe’s kids are off at college and so he and his wife have an empty nest. He said it’s going okay, because the two of them get to hang out together and become closer.

Rob Lowe’s Lifetime movie Beautiful & Twisted is based on a true story. He said when he first got the script, he thought it was impossible to believe the character acted the way that he did.

Rob Lowe has been doing a DirecTV ad campaign where he plays two characters in a commercial. They’re all really funny. Ellen loves the commercials and he showed them to her when they were first made, before airing.

His characters include Paranoid Rob Lowe and Creepy Rob Lowe. Rob Lowe said that it’s a team effort to come up with the characters. The writers come up with the idea and then Rob Lowe comes up with how they behave. He said when they do costume fittings, Rob Lowe goes for the looks that make him the most embarrassed.