For more than 200 episodes, Michael Weatherly has engaged viewers on the long running CBS crime drama NCIS. He finally made his long awaited debut on The Ellen DeGeneres Show, so now he can check that off his bucket list.

His family has been asking her for almost a decade when he would finally meet Ellen. His sister, who lives in Boston, loves Ellen’s show and has been nagging him for ages to make a guest appearance. 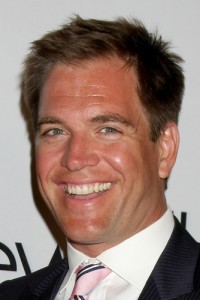 Michael Weatherly told Ellen the reruns of NCIS on cable will put his daughter through college. (Image Credit: carrie-nelson / Shutterstock.com)

“I hear about this show. It is constant,” he said. “‘When are you going to be able to be on Ellen? You need to get more famous.’”

It sounds like this is a dream come true more for Michael’s family than himself.

Now in its ninth season, NCIS is still riding a wave of high popularity. Michael Weatherly said that the show now airs constantly on USA, and with episodes running out of order he said he can really tell how much he has aged over the years.

Michael said he appreciates all the exposure, because it translates into residual checks which he hopes to use for his daughter’s education. But she still has several years to get ready for college, because she won’t even be born for another five weeks.

He said he’s excited about his daughter’s upcoming arrival, and he understands that his wife has been doing all the work so far. In honor of the new addition to Michael’s family, Ellen had a surprise gift for Michael.

It was a pink onesie that said “Special Agent Weatherly” and even included a pacifier holster. That’s genius. Pair it with some Teething Bling and you’re good to go.

Where To Watch NCIS Online

New episodes of NCIS air Tuesdays on CBS. Or you could just leave your TV on USA; you’re bound to catch one of their countless repeats. If you turn on USA and don’t find NCIS, chances are you’ll find a Law & Order: SVU repeat instead. Those are practically the only two shows the cable channel airs.