Actor Matt Bomer came by Ellen to talk about his new movie The Normal Heart. The movie is about the AIDS crisis in the 1980s in New York City. Matt Bomer explained it like this: “It’s about an incredibly brave group of men and women who were the first to act up and raise awareness of the disease that would later become known as AIDS. But it’s really about love. It’s about a community that decided to save itself because society was pretty much universally shunning them and ignoring them and they saved each other through love. As hard as that was, given the many different points of view in the gay community at the time, they banded together and ultimately gave us a lot of the civil rights that we have today.” 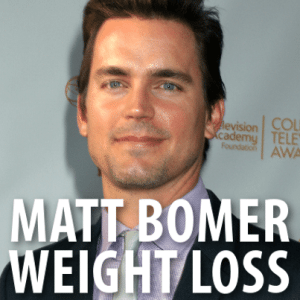 Matt Bomer stopped by Ellen to talk about his new movie The Normal Heart and the extreme amount of weight he lost for it. He also discussed the new Magic Mike 2 movie. (Helga Esteb / Shutterstock.com)

Matt Bomer first read the play when he was 14 years old. He said it changed his point of view on the world and educated him. He said it saved his life. He said it’s crazy he ended up in the movie.

Matt Bomer lost a lot of weight for the movie. He stopped weighing himself after losing 35 pounds. His character is an AIDS victim, so the weight loss was important. He said that he had such a low energy and even standing up and walking across the room was challenging for him. He tried to bring a love of life to the character, which was the same love of life he felt even when he lost the weight.

The Defense Of Marriage Act was overturned while they were filming the movie. He said he was incredibly excited when he learned the news and Larry Kramer, who wrote the play, was there and he said, “We did it.” Matt Bomer said that Larry Kramer was part of the reason that day happened.

Matt Bomer is joining Twitter and he took a photo on Ellen holding a sign advertising it with Ellen. Ellen said that everyone should follow him.

Matt Bomer is starring in the new movie Magic Mike 2. Ellen wanted to congratulate him and so she gave him several pairs of dancing underwear to wear. They each had themes. One was black with handcuffs, like a police officer. Another was orange with a tool belt. And the last one was clown-themed. Ellen said he should wear each one and take a photo to generate a lot of Twitter followers. Ellen joked that the one fans like the most should be in the new movie. Matt Bomer joked that the clown one was an early frontrunner.