“So every season, I swear I’m not going to watch The Bachelor and every season I get sucked back in,” Ellen said. “Please welcome the only guy who never gets a rose, Chris Harrison.

As soon as Chris sat down, Ellen wanted to gossip about the show.

Ellen: The Bachelor‘s Ben and Courtney 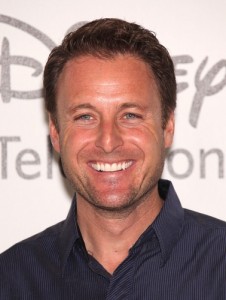 Ellen talks with TV host Chris Harrison about The Bachelor nudity and the Ben Vs Courtney romance. (DFree / Shutterstock.com)

“Let’s talk about Courtney for a minute,” Ellen said.

Ellen said she strongly disliked the Courtney for the way she had behaved on the show. “She comes off looking very very manipulative,” she said. “Why won’t you warn him about her?”

Chris said he warned Ben about another woman, but that was a different situation, because that bachelorette was still in love with another man.

“What Courtney is doing is just playing this game and Ben is falling for it,” he said. “Her charms are working. I think that’s part of the reason that you are very upset.”

The Bachelor: Ben Vs Courtney

To his credit, Chris said that there is a lot that he and Ben talk about behind the scenes.

“We haven’t shown any of the deliberation rooms just due to editing,” he said.

Ellen said she understands that editing can spin the way a story is portrayed and so she doesn’t feel comfortable disliking some one she hasn’t met.

“From what I’m seeing, the way she’s being portrayed, she just seems manipulative,” she said.

“To a certain extent, love is a game,” Chris said, excusing some of Courtney‘s behavior. “For me, it’s when she takes two, three, ten steps further.”

“I would like for Courtney to come on the show,” Ellen said and joked, “She can come here and apologize to America.”

“Not that we’re judging,” Chris teased.

“We just want to give her a chance to explain herself,” Ellen said.

Ellen showed a clip from the show in which Ben and Courtney go skinny dipping together.

“THere is a lot of nudity going on this year,” Ellen said.

“Not from me!” Chris joked.

“No, there was nudity for sure,” Ellen said.

Ellen showed a video that had been doctored such that Chris‘s face had been placed on top of a nude male torso.

“As you can tell, I’ve been doing the Absurdity workout,” Chris said, referring to a mock workout program that Ellen had made up.