Bethenny Frankel was on Ellentoday to talk about her new talk show. Instead, the conversation was hijacked by the earthquakes in Bethenny Frankel’s personal life. 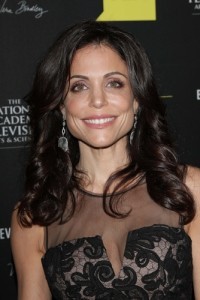 Bethenny Frankel dropped by Ellen to talk about the demise of her marriage and her new talk show. (s_bukley / Shutterstock.com)

As Ellen pointed out on the show, Bethenny Frankel could’ve cancelled if she wanted to. But she decided to come out and talk about this. She’s going through a divorce with Jason Hoppy, who she came together with and got married to on reality television. For those who were paying attention and following Bethenny Frankel from The Real Housewives Of New York to what she is doing now, the saga is told through television. So maybe it’s appropriate for her to now discuss it on Ellen so recently after all the big changes.

Ellen said it’s important for people to remember that they don’t know what it’s like or what Bethenny Frankel is going through.

Ellen pointed out that Bethenny Frankel is on the precipice of a great opportunity, to use her talk show Bethenny to talk to women about their own divorces and marriages and how to proceed.

Frankel said that she thinks she may be a role model to some people and that it’s important for her to handle this with grace and dignity. And she said she thinks it is a wonderful chance to go through this on her show and work through it with other women.

Bethenny Frankel said she doesn’t believe in resolutions, because you only set yourself up for failure. She said she believes in small changes. Every day, make one small change.

One rule she said is important is that if you can’t say it, don’t eat it. She also said put your devices down.