Ellen began the final segment by airing a video that told the story of Charisa Kelly, an audience member.

Charisa was born to an addict. 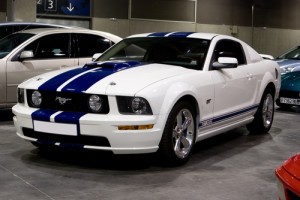 “When I was growing up, I felt more like the mom than her being the mom,” she said. “I remember nights taking care of her when she was going through her withdrawals.”

Charisa she had to grow up when she was about seven years old.

“I realized she wanted her drugs more than she wanted me,” she said. “I feel sorry that she missed out on the opportunity to be in my life.”

Charisa entered into foster care when she was 14.

“My foster mom made a huge impact in my life,” she said. “She was my rock, my best friend.”

“We miss her a lot,” she said, fighting back tears. “I think about her everyday. We try to talk about her as much as possible.”

Charisa Kelly’s Tattoo – Nothing Is By Chance

“It’s a reminder for me everyday,” she says.

Now, Charisa is completing a degree in occupational therapy at Dominican University and working two jobs to support herself.
Recently, Charisa endured another hardship. She totaled her car in an accident.

“I saved for this car for over a year,” Charisa said.

Despite her hardships, Charisa said she doesn’t feel sorry for herself.

After the video was over, Ellen invited Charisa to come onstage. She said she was very happy to have her on the show, because she believes that “television is a very important medium and so many people need role models of some kind.”

To thank her for coming on the show, Ellen gave Charisa a free trip to Costa Rica. Charisa burst into tears and thanked Ellen for her generosity.

But that’s not all. Ellen had one more thing to give to her.

“It was heartbreaking that just two weeks ago you had a car accident when you saved up for that car,” Ellen said. “I believe you deserve a new car.”

Then a Ford Mustang GT was revealed on the right hand side of the stage. The car was a stunning pale blue fastback. Charisa‘s friend ran onstage to join her and they both cried and hugged Ellen

Taking a moment to thank Ford for giving her the car, Ellen said “Thank you Ford for helping us help her.”