Ellen sent Andy Zenor to a Mexican restaurant in honor of Cinco de Mayo for another edition of Andy Zenor’s Pub Quiz. For the occasion, he wore short shorts and a sombrero. He asked someone what the colors of the Mexican flag were and since the man answered correctly, he earned himself a free tequila.

Then, Andy Zenor challenged a woman to give him her best Mexican hat dance for $100. Andy Zenor also ordered a $75 margarita and danced with an elderly woman who seemed very confused as to why it was happening. But she earned $300 because she danced with a tiny hat on. It looked like Andy Zenor was having the time of his life, even if some of the patrons of the restaurant were startled by his appearance. 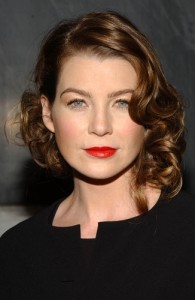 Ellen Pompeo and Nicole Richie both competed on Ellen May 3 2013 for two audience members to get the chance to have a six day stay in San Lucas. (image credit: s_bukley / Shutterstock.com)

Ellen’s guests on May 3 2013 were Nicole Richie and Ellen Pompeo and they came together at the end of the show to play a game with the audience. The game was called Boomerango Blitzo. Ellen Pompeo and Nicole Richie stood on a giant inflatable track. They were attached to bungee cords that held them back when they ran. Each of them was playing for a particular audience member. They had to be the first to grab a boomerang at the end of the track in order to answer trivia questions.

Running to grab the boomerang turned out to be a lot harder than anyone thought, because the bungee cords really did a good job of holding both ladies back. To answer the first question, both ladies were unsure of when they were supposed to run, and when they did run, they both fell over quite a lot. The questions were things like “We’re celebrating Cinco de Mayo. What do you call the third of May in Spanish?” and “How many margaritas have you had in the last month?” Ellen Pompeo answered that last question and her answer was four.

In the end, Ellen Pompeo did a lot better than Nicole Richie in the game, but Ellen decided both of the audience members should get the prize, which was a six day stay in San Lucas.