Ellen DeGeneres said she wanted to help her audience make sure they would have a great Valentine’s Day. She said a lot of times, people wait until the last minute. Pretty much everyone in the audience admitted they weren’t prepared for the holiday.

Ellen welcomed one audience member to down to talk to her. He said he had no plans for Valentine’s Day, but it’s his first Valentine’s Day with his significant other since they’ve gotten engaged. 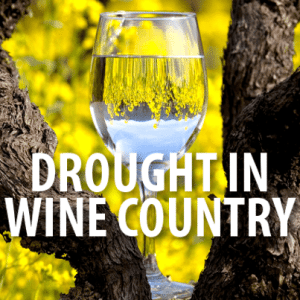 Ellen wanted to help him out, so she brought out a package called Ellen’s Instant Valentine’s Day. The package included a pair of Ellen boxers with hearts on them, two glasses of wine, a rose, and tickets to have dinner at Crossroads.

Ellen then announced that she was looking for a single lady with no boyfriend. One woman was so excited that Ellen couldn’t help but bring her down to talk to her. Ellen said she wanted to send her somewhere to meet somebody, so she sent her to Cancun, Mexico for five days.

Ellen next asked for a single guy, and an audience member named Simon claimed he had been single for too long. Ellen welcomed him to come down and talk to her. Ellen pulled back some curtains and revealed a table set for two. Simon and “Doozy,” one of Ellen’s staff members, were to sit down for the hour and have a romantic dinner that included wine and tequila. Ellen even had a violinist for the pair.

Later in the show, Ellen told Simon he could either go on another date with Doozy, or he could go on a trip to Vegas!

The segment featured just one clip, of a newswoman saying that drought “has officially spread to wine country.”

“Now it’s hitting home,” she said. “Now I care. So whoever’s in charge of rain… God, Oprah, please. We need our wine.”

Ellen wanted to give an update on the progress being made in the Stephenson house. The Stephenson family was a military family that was surprised with a home makeover by John and Anthony, the hosts of Cousins Undercover.

John and Anthony shared that they have started work on the home. They explained that they had been told the family need a little handyman work done on the home, but they went above and beyond. Video clips showed them tearing down their back deck, busting through walls, and breaking down countertops. Yeah, I’d say that’s a little more than just some handyman work!