Ellen DeGeneres is the master of the audience fake out, as you know if you’ve seen her over the top gags each December for the 12 Days of Giveaways.

But Ellen is spreading her giving spirit year round, and today she pretended to stop the taping to complain that two kids were running around unsupervised backstage. They belonged to audience members Julie and John, whom Ellen wanted to surprise. 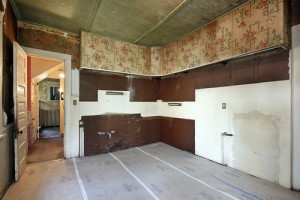 Ellen surprised a Pittsburgh family with a Miami vacation, but the biggest surprise is yet to come.

After some hello hugs, Ellen asked the couple to sit down before they could pick her up, as Julie weirdly threatened to do. I guess she was excited and probably already knew why her family was on TV.

The couple’s daughters came out from backstage so Ellen could surprise them all. She revealed that Julie wrote the show a letter. “I thought we won a trip to California,” Julie said, which they obviously did. But wait, there’s more.

The family is from Pittsburgh, Pennsylvania, where Julie is a nursing student at age 36. John works as a home inspector. But the family hasn’t gotten to go on vacation in quite awhile, because they’re so busy.

That’s why Ellen wanted to surprise them with a family vacation. Until now, their only trip was a quick drive to Lake Erie, which they lied and told their kids was the ocean. She is sending them to see a real ocean (though they are in California, so they could already see one by practically going outside).

Ellen is sending them to Sagamore, The Art Hotel in Miami Beach. If they play their cards right, they can see two oceans.

There’s always another surprise when you write to Ellen. She sent the family backstage and revealed to the audience that they’re being sent on their trip immediately. That’s because their home needs renovation, so Ellen is surprising them by having the work done while they’re on this Miami trip.

She has teamed with the HGTV show Kitchen Cousins (that’s one of my boyfriend’s favorites!) to remake the family’s outdated kitchen. The family won’t find out about any of this until they return from vacation, so Ellen issued some stern instructions.

“If you know Julie, don’t tell her. And if you see Julie at the pool in Miami, be cool,” Ellen said. That’ll be a fun surprise to look forward to next week.

Earlier, Ellen introduced Twitter Contest Winner Amanda. She live tweeted the show taping, and was already up to over 500 followers. That was when this episode was taped. As of this writing, she’s gotten to 12,000 and counting.

Ellen had a few gifts for Amanda as well, including a $300 iTunes Gift Card and an iPad. At least for her, following celebrities on Twitter isn’t a waste of time.