Brittany contacted Krysten and told her the violent stories from her past with Tim, warning her away from him. After a while, though, Krysten got the feeling that she was just doing this to hurt Tim, rather than to watch out for her. She said Brittany is obsessed with Tim’s life, asking them where they’re at, when they’re together, and what they are doing. Krysten has been angered by Brittany’s border-line stalker tendencies, and wants Brittany to leave them alone.

Brittany, however, doesn’t see things that way. She thinks they are both ignoring their problems, and that, for Krysten to be with Time, she must lack a lot of self respect. Brittany finds her to be childish and  most of all, irresponsible—the two were engaged before they even met, according to Brittany. 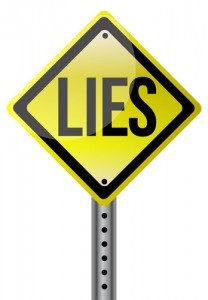 Tim has been telling half truths about his abusive past.

Right from the get-go, Tim was kind of up front with Krysten, telling her that he had been on Dr. Phil over a dispute with an ex-girlfriend, and that he hit Brittany in the face…in self-defense. This piqued Krysten’s curiosity, and she went on the show’s website and watched a promo for the show, which prompted her to break things off with him immediately.

Dr. Phil showed them a video from the past episode, which recounted the viscous abuse that Tim subjected Brittany to.

Dr. Phil: Krysten Worries About Tim’s Past Of Abuse

After seeing the video, Krysten admitted that she was worried and thinks about Tim’s past frequently. Dr. Phil seized the opportunity to mention that Brittany isn’t the first woman that he has had anger issues with either, citing a relationship with an ex-wife that landed him in anger management.

Speaking of anger management, when Tim started making excuses for why that relationship ended the way he did, Brittany said that she just wises Tim would own up to what he did. Tim ended up yelling at Brittany, saying that she has been “playing the victim the whole time.” Whoa.

Tim brought a little comedic spice by the show by saying that he is nothing but honest and responsible, which elicited quite a few laughs from the crowd.

Rushing to his own defense after the last statement he made, Tim said that, while he is fully responsible for the abuse, he thinks that Brittany played a part in the way things panned out. He thinks that, were you to send a saint to live with Brittany for a week, he would want to do the same things to her that Tim did by the end of it. And on this week’s edition of Wrong Things To Say With Tim…we have Tim digging himself an even deeper hole on national television! That rascal!