Dr Phil met with teenage Callie and her parents, Clint and Tracy. The teen failed drug tests, but says her parents overreact and try to control her life. She has also tried to break up her parents’ marriage, they say. 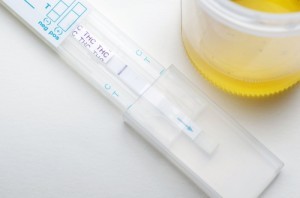 A teen failed drug tests and admitted that she thinks her parents are meddling in her life because they are paranoid and crazy. Does she want to change?

Tracy said that Callie hates her father and and refuses to spend time with him. She thinks the family’s life would be much better if Clint were not a part of it.

She thinks her parents should separate, and is tired of him videotaping her all the time. That does seem like it would get annoying. Clint thinks Callie wants him out of the picture so she can manipulate her mother.

In Dr Phil’s studio, Callie explained that she does not want her parents to split up. But she thinks her father fuels her mother’s paranoia and makes her crazy.

She said he wants to drug test her constantly, and her parents reported that she has tested clean maybe 20% of the time. They also attempted to disable her car.

As for the clean drug tests, Callie admitted that she cheated on them to get the negative results. She is not shy about smoking marijuana, which she said will not hurt her. She thinks if she tells Dr Phil she won’t quit her drug habit, he will recommend putting her in rehab.

Callie wants to move out and live on her own, but her parents do not think she is ready to take that leap. Dr Phil had a suggestion: he invited Kristen Hayes from the Aspen Education Group to be in the audience.

Kristen’s plan was to put Callie in a wilderness program that would allow her to finish up her high school career and head off to college. “They specialize in helping teens, and they deal with all kinds of issues,” she said.

Callie said she was not interested in the alternative program, which makes sense because she is about to graduate high school. She said she is happy, but Dr Phil reminded her that her household is not peaceful.

Dr Phil’s perspective was that Callie would not compromise in a situation that would work for the family. He said that her current attitude would not work for her parents. Callie said her mom and dad are the ones always instigating the arguments.

Clint thinks Callie wants her parents to give up and let her run wild. Dr Phil thought the drug abuse was a deal breaker, and that her parents needed help getting things under control.

He thought the best thing would be for Callie and her parents to get a break from one another. Callie did not believe that her mother would send her away, and was not interested in learning more about the program Dr Phil lined up.

Dr Phil thought her parents should definitely consider this option, despite (and because of) their daughter’s defiance.