Tonya is totally disgusted that her sister, Sarah, would still carry on a relationship with their father, Bruce, after the perverted abuse that he put Tonya through. Even though the whole family knows about Bruce’s history of abuse, Sarah has even gone so far as to allow Bruce to babysit her own son.

Over the years, almost all of the family, Tonya excluded, has accepted gifts and money from Bruce. If anything, Tonya thinks that Bruce owes her and for the rest of the family to accept gifts from Bruce is wrong. Sarah is off-put by this and believes that Tonya thinks the whole world owes her for the pain she has suffered. 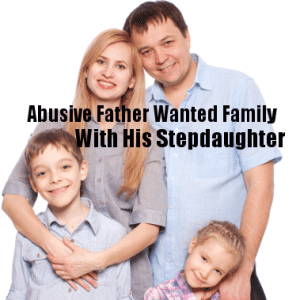 Bruce wanted to have children with Tonya to carry on a sick and twisted legacy.

Tonya does not think that there is a problem with wanting money to pay damages. Being told that she was “hot” by her own father, being told that she would grow up to make men very happy and going to bed every night fearing that Bruce might come into her room, among other things, totally ruined any chance she had at being a normal child. She doesn’t think Sarah has any right to judge her.

Tonya Doesn’t Know What Love Is

Sarah claims to have tried to be there for Tonya, but that her negativity makes caring for her almost impossible, and she doesn’t know what love is. Dr. Phil, while not backing up Sarah’s tone, did think that she might have a point in saying that Tonya doesn’t know what love is. Many abused children develop skewed meanings of emotions and sometimes none at all. Sarah and Kathy said that they might be more empathetic of Tonya’s situation if they knew what had taken place, so Dr. Phil showed them.

Bruce taught Tonya everything she knows about being in the bedroom with a man. He would force her into strange kinks such as tying her up and using syrup and whipped cream while he was abusing her. There was even a time where he was touching Tonya under the water just inches away from other family members at a getaway to a lake. To top it all off, Bruce made Tonya pose for him in ways that wouldn’t be out of place in adult magazines so that he could take photos of her.

If Tonya would refuse to do any of these things, Bruce would take things away. He would refuse to buy her school clothes, would not let her sleep over at a friend’s houses and generally just robbed her of any necessities or basic needs.

In addition to all of the abuse, there was even a grander plan to create a legacy of Bruce’s twisted desires. When Tonya was 18 and graduated from high school, Bruce wanted to father two children by her and then buy her a home to live in where everything would be paid for. Bruce wanted two children so that he could have a son to grow up to be just like him.

Kathy & Sarah Are In Disbelief

Kathy claims to have not known about any of the above accusations, and neither she nor Sarah had read the police affidavit listing all of the grotesque things that Bruce admitted to. To try and put things into further perspective for the delusional couple, Dr. Phil got Bruce on the phone.