On the last Dr. Phil, Ed threatened to divorce Johnna if she didn’t stop enabling her deadbeat son, Chase, by doing things like pay his $5,000 in child support. There was a lot of progress made with Chase yesterday, but not with Johnna, who attributed a lot of her poor parenting to her mother’s poor care of her as a child.

Johnna hates her mother, Cindy, who she says abandoned her as a child. She turned a blind eye to the abuse Johnna went through as a child. As a mother, Cindy finds Jonah unfit, and even took Chase from his elementary school when he was young without telling Johnna. He was gone for five days. Johnna thinks her mother is a sociopath. 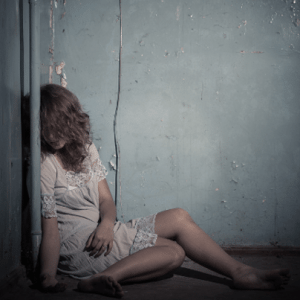 Johnna’s sociopathic mother allowed her to be abused as a child.

Cindy has done all of this because she thinks that Johnna is a poor mother, while she considers herself to be a great grandmother. She thinks that she has done way more for Chase than Johnna has ever done, and that Johnna has always put him down. Johnna, however, thinks that Cindy is an enabler. Cindy doesn’t see it that way, saying that Johnna was a bad influence on her.

Dr. Phil: Cindy Doesn’t Have a Problem Being Called A Bad Mother

Cindy has no qualms about being labelled a bad mother. She has been married eight or nine times. Because she never had parents around and had to raise both of her half sisters in the childhood she never got to have, she was sick of children and had no desire to have them. Though she made attempts to about her first son by punching her own stomach, she had him anyways, and ended up falling in love with him as soon as she saw him. However, after her son was born, she told the doctors to tie her tubes, or she’d kill the next one.

Cindy is a sociopathic mother, and treats children in shockingly horrible ways. One child she was babysitting would not stop crying, and Cindy’s frustration rose until she pushed over the child’s height chair, sending the child tumbling to the floor and giving her a black eye. Another child that had an accident in her pants had fecal matter pushed into her mouth by Cindy, because she thought it was ridiculous that a six-year-old child had not been potty trained.

Cindy says that she was abused from age 10 to age 17, and has tried to kill herself over 100 times because of that. Could this be the source of her poor parenting?

After hearing all of this, Dr. Phil turned to Chase and told him that he was right that he got the short end of the stick, but not for the reasons he thought, because it wasn’t all Johnna’s fault for what she put him through. Dr. Phil told him that they needed to change things now. Chase has done a lot of bad things, but Dr. Phil didn’t think he’s a bad person. He told him to take what he now knows his grandmother put his mother through and make sure his own child never has to go through any of that.

Chase was also told to start respecting his mother and showing sympathy for her, and he told Chase’s mother that she needs to start encouraging and empowering Chase. They have both gotten raw deals in the past, but instead of allowing those things to negatively impact them and those around them, they should learn from them and use them as examples of what not to do.