Jim and Pam hate each other so much that they’ve staged a $1 million custody battle for their nine-year-old daughter. They blame each other for things that the other one will deny. 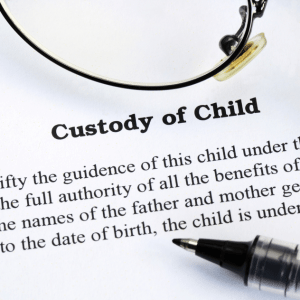 Dr Phil told Jim and Pam they’ve put their daughter in trouble with this custody battle. The court has the ability to take her away completely.

“I have seen her turning into a nervous little kid who fears her mother might kick in the door again,” Jim said.

Pam has gotten texts from her daughter, asking to be picked up from her dad’s house because Jim called her a curse word. Jim denies that, believing that she must have picked that up from Pam.

Dr Phil told Jim and Pam that they need to watch what they say about each other during this custody battle. Pam agreed to take a polygraph test, which found she was telling the truth about never hurting her daughter on purpose or on accident. Jim doubted the test.

Dr Phil called out Jim on annulling his marriage to Pam nine days after they got married. Jim tried to justify this with his version of the truth. He said that Pam was abusing his generosity and he was paying for things like her mother’s visit. Jim then told his ex-mother-in-law to get out.

Jim and Pam don’t get along with anyone, it seems. Pam found out that she had her marriage annulled when she was three months pregnant with their daughter. Jim went about it in a sneaky way and Pam allegedly moved out.

Dr Phil told these two that he is very scared for them. These two are working so hard but not in a constructive way. The court system will not treat them favorably when the court has control over their family. Either one of them could be barred from their daughter’s life at any moment.