Dr Phil: Cheating With Ex & Should She Run?

Charnay asked J-uan if his ex-girlfriend could be pregnant and he said no. Charnay went to his phone and found conversations between J-uan and the ex. The ex said she wanted J-uan to leave Charnay because she didn’t want drama around the baby. Whoa, hold the phone. Three strikes you are outed J-uan. 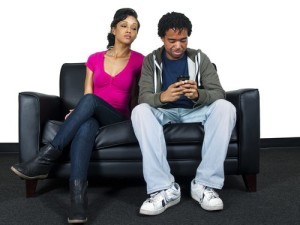 J-uan has been doing more than just texting his ex. Charnay found out that her husband has fathered a child with his ex.

Charnay is still with J-uan, but if Dr Phil were to tell her to run she said she would hightail it out of there.

J-uan said he felt pressured into marriage by Charnay and her family. He is a huge liar. He needs pressure to tell the truth. He said that if they hadn’t been pressured he wouldn’t be married to her today.

Charnay said she can’t pressure J-uan into anything, but she has pressured him into the truth. When they first met J-uan was married and Charnay was engaged. They were cheating with each other after Charnay’s engagement ended.

J-uan thinks that Charnay is disrespectful and their relationship is starting to get physically abusive. Charnay said she is terrified that J-uan might kill her.

For once J-uan admitted to hurting his wife. It’s probably the first truth he has said through this interview. Dr Phil said there is no reason for J-uan to lay hands on a woman with the intent to harm. He said that J-uan is a very high risk person and he has a lot of work to do to save any relationship.