Julie Gets Out & Danny Gets Anger Management Help

Julie told Dr Phil that she does not want to continue her relationship with Danny. She has no doubts and no regrets. Danny told her that she can go back to her horrible life before him.

He said he will not miss Julie after what she has done to him. Let’s all laugh at that statement. Danny said that he will pack his stuff and leave. He called her “embarrassing,” “sickening” and “garbage.”

Despite Danny’s anger and bad attitude, Dr Phil wants to get him some help to feel peace. He knows that Danny has a lot of turmoil inside of him. 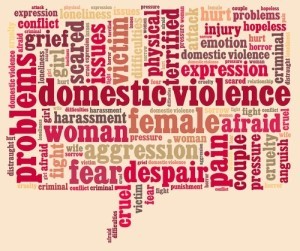 Dr Phil coached Julie in the right way to leave an abusive relationship. The important thing is to get away to avoid separation assault and further trauma.

Julie was able to smile and feel less scared with Danny off stage. She doesn’t feel bad for getting rid of Danny. If she never saw him again it would be too soon. Dr Phil commended her bravery for standing up to Danny. Dr Phil’s wife Robin told her that she did an amazing job. She was very proud of Julie.

The smart thing now is to believe that Danny won’t be leaving her alone. She could still suffer separation assault. That period of time, 2 to 3 weeks after breaking up an abusive relationship, could include worse physical violence and dominating behavior. They want to control their victims with all they have left.

Julie’s Plan Of Action To Get Away From Danny

Dr Phil brought an advocate to help her transition. These people and the location are completely unknown.

The wrong way to get out of this relationship is to confront the abuser. The right way is to remove yourself and start making arrangements for the rest of your life. Dr Phil is providing her with a therapist to support her transition. Dr Kat Derrig-Palumbo is going to help Julie transition and will not know where she is located.

This period of time will help Julie find herself again. “Can I leave right now?” Julie asked.

Dr Phil promised that no one will be able to find Julie.