Callie is a 17-year-old whose explosive teenage behavior is out of control. She terrorizes her parents and uses her phone to text drug dealers and obtain prescription pills. Her parents know she is using a variety of drugs, including marijuana.

Her parents fear that her behavior could put her life in danger. But Callie’s side of the story is that her parents are too controlling and they stalk her. That’s why she has to fight with them.

“Once I walk in the house, everything is stressful and chaotic and scary,” Callie said. Her parents don’t approve of her behavior, and they videotape her anytime she gets angry. 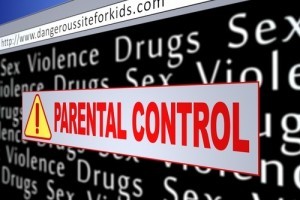 Callie’s explosive teenage behavior is hurting her family in violent confrontations, but Callie said her controlling mom and dad are the ones who overreact.

“They pick up a video camera when they’ve already screamed and yelled at me,” she said. “What you see is the very end, when I’ve had enough.”

Callie said her father uses a smartphone app to track her location via her cell phone. Her parents talk to her friends’ parents and threaten to call the police on her.

She said that she and her parents don’t see eye to eye on her behavior. Callie admitted that she is “a pothead,” but blames her parents for stressing her out. She was not interested in coming on Dr Phil’s show, and said she does not have a problem.

“I’m a happy person,” she said in a taped interview before joining her parents on the set. She said she does not think she is the focus of the problem.

Callie said she loves her parents, but does not like them when they don’t treat her with respect. She thinks her parents need to trust her and not stress about her whereabouts. “I tell them what they want to hear, so that they don’t worry,” she said.

Dr Phil suggested that they have more life experience than she does, and she may be able to benefit from their perspective. “They try to control me,” she said.

Callie admitted that she hit her mother in the nose. “I thought I was going to die. I was terrified,” she said. She was very poised on the show, and it’s hard to read what’s really going on here.

Dr Phil asked her about her repeatedly saying in the home videos, “I’m going to win.” She said that she feels she is in battle with her parents, and they don’t always know what’s best.

He said the family should be avoiding confrontation, but in the event that situations escalate, you can’t let a teenager run your household. “She just doesn’t know enough to make the decisions about what goes on for the entire family,” he said.

Dr Phil said that Callie should have as much freedom as possible in her life, if she can find a cooperative medium with her parents. He told the family that those explosive arguments should never have to happen in the home again.