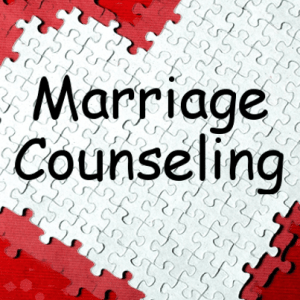 Tim’s drama with an ex wife brought his first marriage with Mitzi to an end. Should they give it another shot?

There’s nothing like drama with an ex to keep you from moving on and getting into a new relationship. Mitzi and Tim married each other after two years of dating, but three weeks into the marriage, Mitzi found text messages on Tim’s phone between him and his ex-wife, with Tim saying, “I want the house. I want you. I want our family back.’ Within a few days, the two were divorced only three weeks into their marriage. Since then, the couple has gotten back and forth around seven to eight times since 2009. Mitzi liked to think she is Tim’s one and only, but  believes Tim would take his ex back in a heartbeat.

Tim thought Mitzi’s response was an overreaction because he said that those texts messages were nothing but him getting some old feelings out of his system before continuing his life with Mitzi. Within a month of the divorce, Tim and Mitzi were back together. However, soon after they got back together, Mitzi found more emails of Tim’s asking to get his wife back. However, Mitzi ignored them, and now, several years later, the couple is set to be married again.

Dr. Phil: Troy Dunn Doesn’t Think Mitzi Should Get Back With Tim

Mitzi is afraid to remarry Tim because she doesn’t want to get hurt again. Turning to Troy Dunn, Dr. Phil asked Troy about his marriage. Troy has been married nearly 25 years and has 8 kids—it seems that love can be a pretty simple thing to some people, and Troy didn’t understand why Mitzi is still sticking with Tim. Troy thought that Tim treated Mitzi like a leftover pizza that he heated up when he wanted a slice, but otherwise left in the fridge, cold and lonely.

Troy wanted to know where Mitzi’s family was in all of this. Mitzi said that her family isn’t anywhere to be seen because they won’t talk to her as long as she is with Tim. Dr. Phil told Tim that he shouldn’t apologize for the way he feels, but the way be behaves.

Dr. Phil said that the two shouldn’t be trying to get back together until they get some therapy to fix the problems that killed off their marriage the first time and have plagued the on-and-off relationship the two have shared ever since. Dr. Phil offered to get the two premarital counseling, and they accepted. Thank god.