Dr. Phil has been sitting down with Gary Giordano, the prime suspect who was never charged in the disappearance of Robyn Gardner. He claims she drowned when a riptide almost claimed them both. But is that the whole truth? Dr. Phil has been trying to get to the bottom of this.

According to Gary’s story, the two of them were snorkeling on a private beach on a spur of the moment decision. Gary wore his regular shoes in the water and Robyn was barefoot. When they realized they were out too far, he claims he wasn’t worried about her because he was the one with heavy, water-filled shoes on.

Dr. Phil: Why Did He Leave Her Behind? 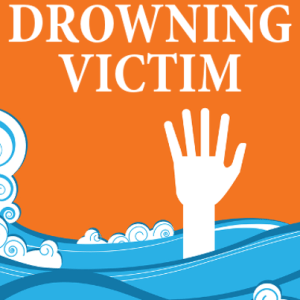 Dr. Phil asked Gary Giordano why he left Robyn Gardner behind when she was drowning instead of going into the water after her. (Tancha / Shutterstock.com)

Dr. Phil wanted to know why he left her behind. He said he didn’t think she was in danger. He thought he was the one in trouble. He said that at a nearby beach, a married couple was swimming and the woman drowned just four weeks after Gary was released from an Aruba jail.

Gary said that he learned while writing a book about what happened he learned that Aruba had a warehouse full of signs warning about the dangers of riptides and signs saying people should wear life jackets. Dr. Phil pointed out that the bodies of the other people who drowned on that beach were found. He wondered why Robyn’s wasn’t. Gary said that Dr. Phil couldn’t tell him that every single person who drowned in Aruba was found.

Dr. Phil: Why Didn’t He Go Back Into The Water?

Dr. Phil wondered why Gary didn’t go back for her when he got to the beach. Gary is a certified scuba diver with gear in his car, fins and a mask. Why didn’t he go back? Gary said that not a single other person that entire day got in the water to get her. Gary said he didn’t go into the water because he was exhausted from having just fought for his life to get back to the beach. He said he thought it was time to go get help. He said he didn’t scream for help because there was no one to scream for help to.

He ended up running back to the restaurant 200 yards away and calling emergency personnel. By then it was already too late. Gary began to get really defensive when Dr. Phil tried to probe his story for more details.