Julie wants out of her relationship with Danny. He is clearly abusive and mean spirited. Danny told Dr Phil that his girlfriend is a compulsive liar, but he still loves her and wants to stay with her. He said that they are really one person and soul mates.

Julie went to the doctor and got anti-depressants. She brought them home and Danny threw them out. He told her that he controls how she feels and that she was a pill popper and drug addict. 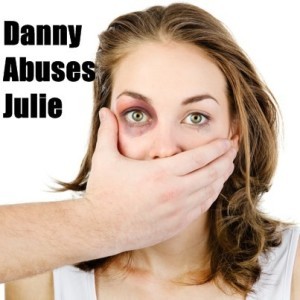 Danny wants to stay with Julie, but calls her names, abuses her and flips into his demonic attitude without notice. She sat by crying while he berated her.

Dany can’t escape his abusive nature. He knows that something is wrong. This guy may say he wants to change, but I’m not sure that he does.

“I want Dr Phil to rip my brain out and give me a new one,” Danny said.

I think that Danny has some kind of psychological issue. He is fine one moment and then flips in a demonic attitude that causes us all to flinch in terror.

Julie Fakes It With Danny

Julie called herself a doormat and a puppet. She will say “I’m Sorry” to Danny 30 to 40 times a day. She said that she will sleep with Danny to get him to leave her alone.

Danny called Julie a “real true liar.” He doesn’t believe that anything she has said is the truth. He said that she lies all day long. He told Julie that no one wants her.

“If that’s true, then why do you want anything to do with her?”

Danny said that he thought that Julie was “The One.” He told Julie that no one wants her and her family doesn’t want to deal with her.