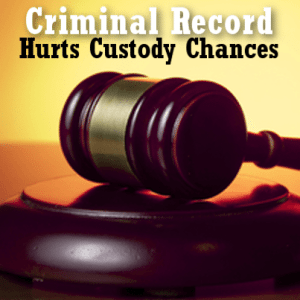 Christie’s criminal history is getting in the way of getting custody of Quincey.

Dr. Phil says that Christie’s arrest record, criminal record, jail time, and all of the times that Christie surrendered Quincey to someone else’s care are very large obstacles to gaining custody over him. Though Dr. Phil thinks that Christie made good judgement in leaving Quincey with her mother so that he could finish out the school year while she was on probation in Wisconsin, Dr. Phil does think that she has made, dare I say it, poor judgement calls in the past. Like when she was arrested for assault with a deadly weapon. Those types of things do not generally fall under the motherly archetype.

Christie takes very little responsibility for being in the adult film. She says that she was manipulated and lied to about the details of the tape and does not agree with the way it was leaked to the public. She is trying to put it all in her past, especially since it happened way back in 2005. Dr. Phil does agree that the situation was exploited.

Dr. Phil: Christie Does Admit That She Still Has Problems

After Dr. Phile got done reading off Christie’s extensive rap sheet, Christie admitted that there is quite a lot of things standing in the way of her gaining custody of Quincey. Dr. Phil did give her some hope, and said that she can put all of these things behind her, but the only way to do that is not through the defensiveness that was on display while he was reading off certain parts of her rap sheet.

He can see why she would get defensive while being judged by her sister Courtney due to instances where Dr. Phil believes that she was not at all helpful, but Christie ultimately has to listen to her because she also helped her out quite a bit, as well.