Dr. Phil: Christie And Courtney Both Have Things They Need To Work On

Dr. Phil says that, whether they like it or not, Courtney and Christie have a lot to offer to one another. While Christie has plenty of reasons to be enormously angry with Courtney, Christie has also made some really bad mistakes that her family, Courtney especially, has had to help clean up. Even if Christie did not agree with Courtney’s method of parenting, she did fill a gap that Christie left while she was in prison. Christie also says that, despite their (many) differences, there isn’t anyone else she would have wanted Quicey with, because she thinks that Courtney is a good mother. 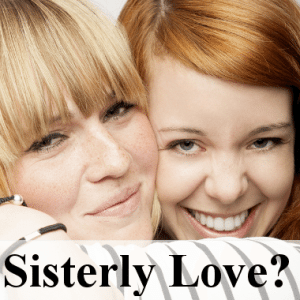 Christie and Courtney began to make amends, and Christie got the help she needs.

Courtney did some very, very mean things to Christie earlier in life and reveled in doing them. Christie is 26 now, and even though she doesn’t think she needs an apology at this point, Dr. Phil does. Without an apology, no matter how pointless it may seem at this point, the healing can’t begin.

With all of these talks of redemption, though, Dr. Phil did find it ironic that while Christie insists everyone forget her past, she continues to bring up Courtney’s.

Christie says that this is because she thinks Courtney is still doing some of the same things that she was doing during childhood, and cites Courtney’s telling America of her pregnancy as an example of her deceitfulness that was so prevalent in their childhood. The two are back and forth on this issue, but Dr. Phil liked that they were at least talking through their problems and negotiating.

This line of communication and negotiation is something he talks about in his new book, Life Code.

Dr. Phil wants Christie to have Quincey, but he thinks that Christie needs one-on-one help from a professional until she is ready to have Courtney present. With all the hostility that the two have towards each other, he does not think Courtney should be present in the therapy until Christie wants her to be. Then, they can begin negotiating their way to mending their sisterhood.

Dr. Phil thinks that Quincey also needs to be evaluated. The two have a bumpy history together, and Dr. Phil is concerned that there might be questions about it bubbling around in his head. By getting Quincey evaluated, Christie will have a better idea of what to tell him when she has to begin talking to him about the adult film of her that is floating around the internet, among other things. Dr. Phil does not want Quincey to one day be ambushed by this film. With all of this help, Dr. Phil thinks that Christie will be best equipped for motherhood, and Quincy can have a normal childhood.