Dr. Phil: Fighting In Front Of The Kids

Dr. Phil has been talking all hour to a woman who has fits of rage and regularly abuses her husband. The coupe have a 6-year-old son and a 3-year-old daughter. Ashley said she fights with Aaron in front of their kids all the time. Ashley also said that she’s yelled in her son’s face at the top of her lungs many times. She also said that her son takes after her and has a lot of the same rage that she does. Ashley also said that she wished they’d never had kids because they weren’t ready and they’re not that great together. 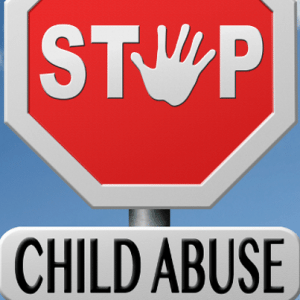 Dr. Phil talked to a woman who admitted to beating her husband and abusing her children due to her anger. Can Dr. Phil help her? (Dirk Ercken / Shutterstock.com)

“If I’m being 100 percent honest, I don’t think I’m a good mom. I would give anything to be a good mom,” Ashley said.

Dr. Phil: How To Be A Good Mom

Dr. Phil asked Ashley where she was falling short in her parenting. Ashley said that her behavior is out of control. She said if her son embarrasses her, she’ll grab his arm hard. She told a story where they were at the airport and he didn’t want to go down the escalator because he was scared.

There was a line of people behind them, so she just grabbed his arm and pulled him along. She said that’s not teaching him that it’s safe, it’s teaching him to be afraid. The school is already saying their son has emotional and social problems, which comes from her parenting.

Dr. Phil: What To Do When Children Are Abused

Dr. Phil asked Aaron what he does when Ashley does this to their children. Aaron said he’ll tell her to back off, but that he’s scared because it sets her off. Dr. Phil said that it seems like he’s staying out of it because he doesn’t want to pay the price from her. He said, “Well, yeah.”

“Well, yeah. So 6-year-old, 3-three-old. The hell with you, I’m saving myself. How selfish is that? You need to man up,” Dr. Phil said. Dr. Phil said he needed to do something to protect his children.

Dr. Phil made a list of the things Ashley said she has done to her children, which included yelling in her son’s face, spanking her son 6 to 7 times in one sitting, slapped her son across the face, told her son to quit crying, and has said that her daughter is perfect. Ashley said she said all of that. She also said that she didn’t know how her two children could be so different.

Dr. Phil: What Is She So Afraid Of?

Dr. Phil asked Ashley before what she was so angry about, but now he asked her what she was so scared about. Ashley said she was terrified of her children turning into her and being broken and sad. She said that she feels like she’s every negative word you could think of. She said that she thinks people would be better off without her and that her children would be better with their dad. She said she also thought about suicide.

Dr. Phil said that the number one reason people kill themselves is that they feel that they’re a burden and that people would be better off without them. Ashley said that she did feel like that.

“It scares me when I hear stuff like this,” Aaron said.

“Scares you enough to go and have an affair?” Ashley said.

Dr. Phil: Can She Change?

Dr. Phil said she can change this if she decides that she has a choice to trust herself enough to take the risk of being herself and not try to attack people all the time. He said unless she takes a risk, she’ll never know. He asked her to list her five best qualities. She said she’s trustworthy, honest, and loyal and couldn’t think of more. Dr. Phil said this was strange, because she named a bunch of negative qualities. Dr. Phil said that they didn’t need couples therapy. Ashley’s not really mad at her husband, she’s mad at herself. Dr. Phil said he could get her specialized help if she was willing to work with him. She tearfully accepted.

Dr. Phil said all he needed was 90 days and she would see extreme results. She said she was willing to try.