Jessi is an alcoholic and bulimic whose manipulations have pushed her family to the breaking point. But she revealed an upsetting trigger that could be the root of all these behaviors in a taped interview on Dr Phil.

She said that when she was five years old, she was abused by a family friend while her mother was out shopping. Jessi said that she blamed her mother for this incident. Back onstage, Dr Phil apologized to Jessi (who seemed to have inexplicably switched seats) for what happened to her when she was a child.

Joy said that she never would have put her daughter in that situation intentionally, and she apologized, saying she fully believed the story. Dr Phil said that this terrible experience did not change the fact that Jessi still needs help. 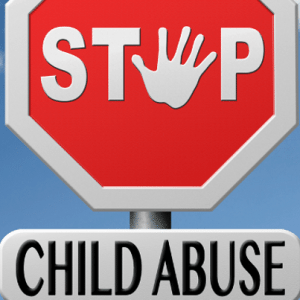 Could her abuse of alcohol be making Jessi’s epilepsy worse? Dr Phil used the Doctor On Demand app to get her a consultation. Why is she so manipulative? (Dirk Ercken / Shutterstock.com)

Dr Phil used the Doctor On Demand app that he created with his son Jay to allow people to video chat with a physician. In this case, Dr Saba Haq had the chance to chat with Jessi about the health challenges she is facing.

Jessi has had a Grand Mal Seizure and was diagnosed with Epilepsy. Could that be related to her Alcoholism (or Bulimia)? How do these factors affect her seizure disorder?

Dr Haq said that the causes of Epilepsy are varied. They could include drugs or alcohol that might make you more prone to having episodes. Drinking could increase someone’s chances of having a seizure, if she or he was already prone to them.

Jessi’s conclusion to Dr Phil was that she might not live much longer. But Dr Haq told her that it’s not to late to change her behavior and get new hope for the future. “You are young enough to bounce back,” Dr Haq said.

Jessi also said that she loves attention from men, who are attracted to her thin body. She talked about her history of one-night stands, including three in the past month. She is no stranger to the late night booty call, because attention makes her feel wanted.

Dr Phil told her that her life is not working overall. She would have an easier time seeing that if it were someone else’s situation. Jessi did agree that things are not working at present.

Jessi admitted that she is a fantastic manipulator who has completed rehab without becoming healthy in the process and once cut herself to cause her mother pain. Dr Phil said she is good about internalizing therapy tricks to convince others that she is well.

Dr Phil also pointed out that Jessi has admitted she has body image issues. I hope that she won’t let herself down by manipulating her way out of rehab yet again.