Do you have drama with your mama? Maybe you should read about this before you decide you have mama drama. Leah’s mom sounds like a piece of work. Granted, Leah’s not perfect daughter either, but she’s more likely to own up to her faults. Dora thinks she can do no wrong and that her family is not supportive of her. Leah believes her mother is a drama queen, liar, hypochondriac and narcissist. I have to say, she’s not far off the target. 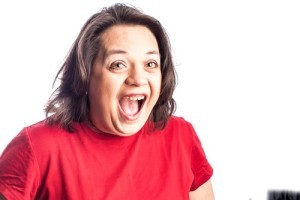 Dora has a flair for the dramatics, a medical list of problems a mile long and one very annoyed daughter.

Dora has clearly put men first and drawn attention to herself throughout her children’s lives. She claims that she suffers from depression stemming from a severe broken heart. She claims she has survived cancer and was miraculously healed. Dr Phil is being very careful with Dora and her supposed illnesses.

Let’s break down Dora’s cancer claims first. She said she had throat cancer and that other members of her family had this as well. She began praying and having the first graders she teaches pray for her. When the doctors removed the tumor from her throat, Dora was told it didn’t contain cancer “anymore.” Her daughter believes that she never had cancer in the first place.

Troy Dunn, The Locator, said that Dora shouldn’t throw around her cancer so flippantly. He has a daughter that has survived cancer and he treats it with more respect. He called “cancer” and “cancer survivor” nuclear words. These are words that signal dramatics and should not be used lightly.

Troy Dunn also played a word association game with Dora and Leah. They both see themselves as the victim, but Leah sees them both at blame for the problems. Dora believes she is blameless and good, while her daughter is evil and manipulative.

I think that’s the pot calling the kettle black. Dora loves to post things on Facebook about her health problems and problems with her neighbors. She constantly says that she is puking because of health reasons and getting badgered by her neighbors. She said she thought that posting these things would get her kids’ sympathy. The funny thing is that they are blocked from her Facebook and she from theirs.

Leah just wants Dora to stop with the dramatics and care a little more about her kids and their lives.