Dr Phil said there are reasons why people get taken advantage of, get conner out of money and lose their jobs. He believes that winners do things that losers refuse to do. In his new book Life Code Dr. Phil said there are people called BAITERS that will abuse you and take what is yours. He siad that the people and situations he addresses in today’s show will be real life examples of how to stop being a target and how to win big in your life. 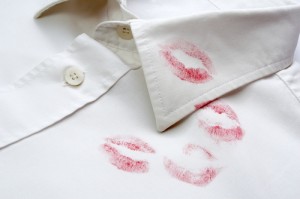 Dr Phil tried to help Rebecca and Pamela move on from the past, but can these sisters trust again?

Rebecca said he life has been destroyed by her sister Pamela, who has had affairs with Rebecca’s boyfriends, husband and the father of her child. It started when they were teens and Pamela was with Rebecca’s first boyfriend. Pamela made excuses, from being seduced by these men to wanting to protect her sister. Pamela knew how bad it hurt her and kept doing it over the years.

In an act of forgiveness, Rebecca let her sister live with her and her husband. Rebecca later received an anonymous letter revealing her sister’s affair with her husband.

Pamela blames drugs and alcohol for her previous bad judgements. She said she wants her sister Rebecca to forgive her and move on because the affairs happened over 20 years ago. Rebecca said her sister slept with six of her previous partners, but Pamela thinks that it was only four. Pamela believes that her sister has a reason to be upset over the affairs with her husband and the father of her child, but now she needs to move on and forgive her.

Pamela told Dr Phil that a lot of his information from preinterviews were wrong, but this was transcribed from a recording. Pamela said that not only did drugs and alcohol blur her actions, she also has another personality called Michelle. Although she may have multiple personalities, Pamela said that all of the cheating and affairs were when she was Pamela. She wouldn’t remember them if she had been Michelle at the time.

Rebecca said she can’t get over what her sister has done to her and it’s ruining her life. She doesn’t want to go through what’s happened again. She regrets letting her sister live with her and her husband, but said she has never physically harmed her sister. Pamela said that she called the police and they took pictures of the injuries Rebecca gave her.