Catfish Donny has hooked Joy, to whom he is engaged (or “married,” if you give credence to text message vows). The only problem, Dr Phil said, is that he’s trapped in Cairo as a military slave and can’t get home to his Alabama mansion.

To get to the bottom of Joy’s story, Dr Phil sent a producer to the rural Alabama town where Donny claimed his mansion is. (It seems like Dr Phil has spent as least as much money investigating this as Joy has given to her scam artist.) 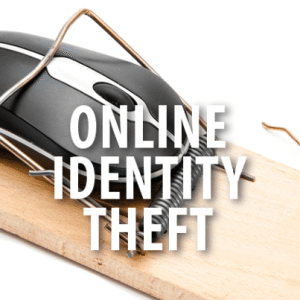 Dr Phil sent someone to Alabama to check out Donny Fore’s mansion, where he wanted to live with Joy. What did she find out, and what else have we learned?

Dr Phil’s producer, Mary Ann, acting on a tip, pulled up to a rural address supposedly associated with Donny. The man who answered the door had no idea what she was talking about. His name happened to be Donny, but he did not recognize the man in the picture.

The real, existing Donny had lived in his home for 20 years. He had some beautiful dogs who slept lazily on the porch while Dr Phil cameras traipsed around looking for trouble to stir up. Real Donny suggested that Mary Ann take Donny’s photo to the post office for more leads, which she did. However, that did not produce any results.

Later, Mary Ann went to a local grocery store (it looked like a gas station, actually), but no one in southern Alabama knew of Donny Fore, and driving around did not turn up any mansions.

Back in the studio, Dr Phil told Joy that they have searched tax, utility and property records and been unable to find anyone by the name of Donny Fore that lived in this Alabama town, ever. If this man is a millionaire with servants and a mansion, he is doing a good job of hiding it.

Joy wondered whether Dr Phil checked his military record, which is a great question that was not immediately answered. Dr Phil said he even hired a private investigator to learn more about Donny. For example, Donny has opened a phone number in her name, using her information.

Also, one of Donny’s photos features a neck tattoo, which would be unacceptable in any branch of the US military.

What about the hotel where he is staying? Joy does not have the number and has never talked to anyone there. Barrister David Cohen, who was supposedly representing Donny, had some poor grammar in his emails.

Dr Phil found a real barrister by the name David Cohen, an immigration attorney in Montreal, Canada, who joined the show via Polycom. He had never heard of Donny Fore, and no one in his practice has ever worked with anyone by that name, or close to that name.

“Did you ever agree to create a false marriage certificate to get someone out of the military?” Dr Phil asked. Of course he did not, because that’s silly. Dr Phil told his audience that David Cohen’s identity has been stolen online and abused in cases like Joy’s, and this should not reflect on his reputation.