“I’m not a monster,” Tonya’s mother, Kathy, said. She claims to have done everything she could about the abuse after Tonya came to her at age five claiming that Bruce touched her. Bruce consistently denied it, so Kathy got locks on all the doors.

Bruce eventually admitted it, and said that he would stop so that the family could stay together. Kathy gave him a second chance because she had nowhere else to go, but Bruce didn’t take advantage of that second chance.

It continued until one night when Kathy witnessed the abuse firsthand. She immediately called a preacher to come talk to him, but it did little, and Kathy wonders why the priest never called the police…because Kathy didn’t know how to use a phone (guess which part of that sentence is sarcasm).

Bruce initially blamed Kathy for the abuse, saying that they were not as intimate as they should be. Kathy, having no one to talk to or to get help from (police didn’t exist during this time, apparently), was stuck, and her daughter was paying the price.

Now, Kathy wishes she had never met Bruce and that she had listened to all of the people who said that she shouldn’t marry him. She admits that she could have done more, but didn’t know what to do at the time. 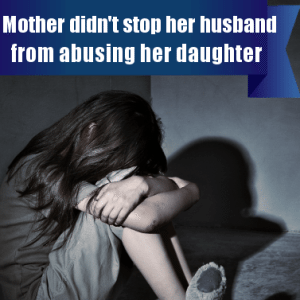 Tonya’s mother never came to her aid when the abuse started with Bruce.

Whereas Tonya lived a nightmare, Sarah lived a dream. She was daddy’s little girl, his princess. She got whatever she wanted and was showered in affection by both of her parents. She was never touched. She had the picture-perfect childhood…until she was 10.

At age 10, the police took Bruce away, and their family was broken. What Sarah doesn’t think Tonya understands is that she was not the only one to experience loss. Since none of Bruce’s three biological children were ever abused, they had a great family life, and when the abuse came to the surface all of that was ripped away.

What Did Kathy Know & When Did She Know It?

Dr. Phil, like everyone else watching the show, wondered why Kathy did not immediately kick Bruce out of the house when the abuse came to light. Kathy, in a very weak voice, says that she did tell him that he better not touch Tonya again, but she said that ultimately she had no where to go if Bruce kicked her out.

Kathy only seems to recall Tonya telling her about the abuse around 10 times, a stark difference between the hundreds of times that Tonya says she told her. On the show, Kathy seemed to be in a daze and could not provide coherent answers to any of the tough questions, like why she depended on a priest to call the police or why she continued to have children with a man that was touching one of their current ones.

The big question that Tonya had in all of this was if Kathy really was abused as a foster child, why did she let it happen to her own child?