Sierra went missing for days, and when she was finally found her parents learned the hard truth about her secret life. Her mother never realized that Sierra was meeting men twice her age online and being abused. They’ve attempted to go to counseling, but with no success. Can Dr. Phil give them parenting advice and help Sierra focus on herself? 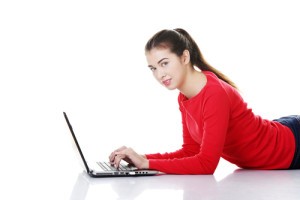 On February 25 2013, a teen lied about meeting men online, and Dr. Phil tried to help her get more self-esteem.

Sierra has been dating older men she meets online for years while her parents thought she was playing on Facebook. After Sierra’s married boyfriend committed suicide and her friend was murdered, she was kidnapped and found days later. Her parents found the evidence on her phone and computer. For years, they had no idea how rejected and unwanted Sierra was feeling. She got these feelings from her online relationships.

Dr. Phil found that Sierra was unmonitored and it helped her addiction to meeting people online. She was getting into drugs and her parents never knew. Sierra was never given the attention she wanted and was allowed to meet up with people her parents didn’t know.

Terri was functionally blind to her daughter’s abuse because she had been abused as a teen. A therapist told the family to compromise and Sierra got to keep Internet access on her phone. She was still meeting up with men and talking to them on her phone.

Dr Phil discussed what this family needs, inpatient care. He offered Sierra help from the Island Valley center in Syracuse, Utah. She will get education, recreation and be able to focus on herself for the first time.