On May 8 2013, Dr Phil rocked some parents’ worlds. Sarah and Andrew desperately want to beat their addictions and problems to get their son Drew back. Grandmother, Roberta, knows that they aren’t ready. Dr Phil sent Troy Dunn, The Locator, to look in on the family. What he finds is shocking compared to how they seem in studio. Take a look. 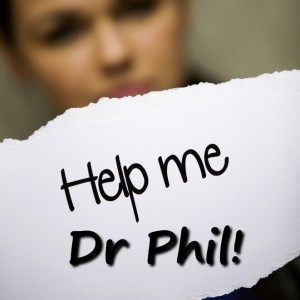 On May 8 2013, Dr Phil told Sarah and Andrew they need to conquer their demons of drinking and depression before taking on parenting roles again.

The authorities took Drew from his parents after several severe drunken altercations. Since then, Roberta has raised her grandson while Sarah and Andrew took a backseat to parenting. Sarah is getting her emotions and debilitating depression under control and hopes to have her son back in her arms soon.

Andrew is a very angry father. He wants to be raising his son, but his actions in the studio are working against him. Dr Phil is appalled at Andrew’s abusive tone and back pedaling. He also worries that Sarah is over medicating herself and that’s dangerous around a child.

The Locator, Troy Dunn, wanted to give this family a passing grade at their in-home interview. Unfortunately, their in-studio appearance was less than favorable. Sarah realized just how medicated she was.

Dr Phil Parenting 101: How To Be the Best Parent for Your Child

Dr Phil wrapped this all up nicely for this family. Sarah and Andrew are not ready to take custody of Drew back on their own. They need to tackle some long term goals and get stable in their lives before taking Drew back. Dr Phil plans to get their son back to them permanently, but it will take time. In the end, everyone lived happily with Dr Phil’s decision.

Dr Phil Parenting 101: How To Be the Best Parent for Your Child