Dr Phil chronicled an unusual custody battle, where a woman’s best friend hoped to provide the best home for her child. On Dr Phil September 2, find out how things have gotten so tense between these two friends, and see whether either of them would provide a good home in this Best Friends Custody Battle. Also, get an update on stolen money from a past guest. 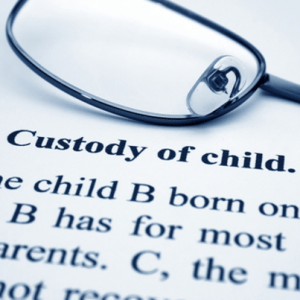 Dr Phil chronicled an unusual best friends custody battle on his September 2 episode. Then, find out what to do if you are being ripped off.

Dr Phil shared the interesting story of two best friends fighting over custody of a child. One of them is the mother, so why does the other woman think she has standing in this situation? Click to read more:

Dr Phil: Can A Friend Get Custody Of Your Child? Best Friends Battle

Why is Megan obsessed with Crystal’s daughter? Crystal claimed that Megan is actually obsessed with all babies, and she has some concerns about her friend’s intentions. Meanwhile, Megan thinks that Crystal is an unfit mom. What’s going on here?

Crystal claimed that Megan tried to pursue a romantic relationship with her, but Megan denied this accusation. What about the child in this picture? Find out what else Crystal thinks Megan might be up to by reading this story:

This is not your everyday custody battle. In most cases, only the parents of a child have a say over his or her well-being. Family members are often a resource in these cases, but Megan is a family friend. Who can provide the best home for the child?

Dr Phil: Are You Being Ripped Off?

Dr Phil shared an update on a past guest who was taken for thousands of dollars. Even his mother was a victim of this woman’s scheming. Find out what happened after he broke it off, and what you can do if someone has been stealing money from you.

Dr Phil: How To Get Back Stolen Money & Are You Being Ripped Off?