Jennifer, who appeared to be a happy house wife, was actually under the spell of George Gibson, a man who had been abusing her since she was eight years old. When she brought the matter to light, everyone thought her to be a liar. She came to the show May 3 to prove her case.

Dr. Phil: Abused By Her Stepfather For Years 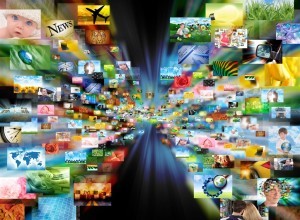 On Dr. Phil May 3 2013, Jennifer, a seemingly happy housewife and mother of three, was abused by her ex-stepfather for years and eventually married him.

Though Jennifer and George Gibson appeared to be a happy couple, there was a darkness that lay just beneath the surface of their calculated domestic veneer. Jennifer accused George of abusing her, starting when she was eight and he was in his twenties, while he was also dating her mother.

Despite the fact that George Gibson was ultimately sent to jail for impregnating Jennifer at age 15–a telling testament to George’s moral fiber–no one in the town believed her. George’s attorney, Sam Shamansky, still, in fact, defends George’s innocence to all abuse prior to when she was 15.

Not only did Sam Shamansky defend George Gibson’s innocence, he attacked Jennifer’s character, asking why, if her allegations are true, she never reported the abuse sooner. Dr. Phil stepped in to tell Sam that he was doing what is known as blaming the victim.

To bring some more personal testimony in George Gibson’s defense, Dr. Phil brought Brian, a longtime friend of George’s, on the show to get his perspectives on the case and figure out why he, like the rest of the town, doesn’t believe Jennifer.

Dr. Phil: How To Move Forward Past Abuse And Clean Up Your Life

After willfully submitting to a polygraph test questioning her allegations against George Gibson, Jennifer passed with flying colors, and Dr. Phil began to talk to her about how she can get help to move past this dark chapter in her life.

Dr. Phil: How To Move Forward Past Abuse And Clean Up Your Life