On Monday, March 4 2013, Dr. Phil talks with a family that says their daughter is lazy and entitled. While she shouldn’t get away with her behavior, the girl tells Dr. Phil that her childhood was ruined when her stepdad touched her inappropriately at age nine. This is a tricky situation that Dr. Phil will be handling with care. 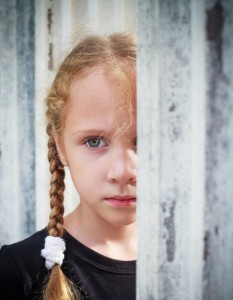 For years her mother never knew what really happened between her daughter and her stepfather. While her siblings are calling her lazy and obnoxious, this young woman is hiding a secret pain. She tells her mother on March 4 that her stepfather first started abusing her at age nine.

The mother knew that something had happened, but she stuck her head down and ignored the situation. Now, her daughter is telling her all of the details of the trauma that she went through as a teen.

While this mother never saw the signs, treat it as a cautionary tale. Dr. Phil cautions parents to watch everyone in their child’s life. Dr. Frank Lawlis, Dr. Phil’s mentor and head of the Dr. Phil advisory board, has signs to watch out for.