Dr. Phil has a great episode August 22, 2014, talking about a man who was found dead with a gunshot wound to the chest and the women and children he left behind. Trai’s death was ruled a suicide, but his wife Michelle refuses to believe it. She thinks his ex-fiance Mysti murdered him. On top of all that, Mysti has some serious allegations against Trai. Can Dr. Phil sort out all the mudslinging and find the truth? 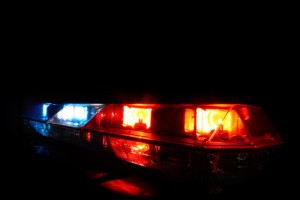 Was he murdered or did he commit suicide? In the aftermath of a man’s death, the women he leaves behind sling mud and on August 22, 2014, Dr. Phil will try to find the truth. (Aperture51 / Shutterstock.com)

On August 28, 2013, Traivon “Trai” Asterino’s body was discovered with a gunshot wound to the chest, face down in a field. Trai was only 35. Trai’s death has been ruled a suicide, but Michelle claims that Trai wouldn’t have killed himself. Instead, she believes Mysti, his ex-fiancee, is to blame for the death. She says Mysti killed Trai and that she’s been slandering Trai’s name ever since he died.

Dr. Phil: Did He Force Himself On His Kids?

Mysti claims Trai was attracted to children and that he touched his kids inappropriately and forced himself on them. Mysti says that she had nothing to do with Trai’s death, but the day before Trai died, her 13-year-old daughter told her Trai had been forcing himself on her for years. Her 9-year-old daughter – Trai’s biological child – has made the same claim. Mysti believes it was these actions that caused Trai to take his own life.

Dr. Phil will sort through the facts to find the answers to these questions. Was there any truth to Mysti’s accusations?

Trai’s mother Leonna will also weigh in with a shocking revelation about her son’s past. She believes something happened to Trai that you won’t believe. Dr. Phil talks to Mysti’s daughters to find out the truth and has some strong words for Mysti and Michelle. Is their mudslinging interfering with their ability to take care of their children?