On Dr. Phil June 20 2013, Lori tells the traumatic story of when her mother snapped and killed her brother and sister in their sleep when they were both only months old. Two years ago, Lori found out that she wasn’t all alone, that her biological mother had given birth to a girl while in the mental institution, and she has desperately been looking for her ever since. The Locator‘s Troy Dunn is coming on the show to reintroduce Lori to her sister. 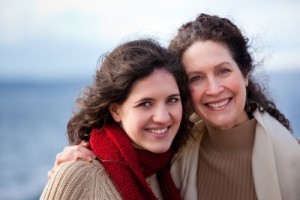 Troy Dunn is reuniting two sisters after their mother murdered their siblings.

Lori was only two months old in 1962 when her mother Marie’s mental stability finally teetered to the point of total collapse, getting up late in the night, loading her husband’s gun, and shooting two of her children in the head before having the gun misfire when she was about to kill the third – Lori. Marie then called the police and informed them that she had killed her children, and she was shipped off to a mental instution.

Lori never learned the truth about her mother until she was 14, and it was only 2 years ago that she learned that she has a sister who her mother gave birth to while in the institution. Ever since, she has been searching for her, and The Locator‘s Troy Dunn found her.

When Lori was in her 20’s, she reached out to her biological mother at the institution, and soon enough, her mother was waiting for her at a nearby bus station. What happened when she went to meet her mother with her husband?

If you guys had a mentally ill mother that murdered your siblings, would you ever want to meet her, no matter the explanation?