Recapo update: This episode has aired.

On May 1 2013, Dr Phil continues his talk with Julie and Danny. Julie came to Dr Phil because she wants to leave her abusive boyfriend. Danny says that Julie is a compulsive liar with an erratic nature. He said that he must protect the love of his life from herself.  Julie wants him to get away and never come back. 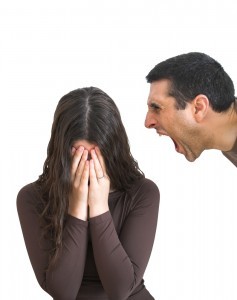 On May 1 2013, Dr Phil tries to go deeper into Julie and Danny’s relationship. He attempts to end the silence on domestic violence with this couple.

Julie told Dr Phil on April 30 2013 that she is tired of being abused by Danny. He has hit her, kicked her, verbally abused her and, once, stabbed her with a pen. Danny of course denies all of this. Julie said she is afraid for her life if she stays with Danny. Julie wants to start her life again without this monster. He is keeping her from her family and doesn’t even let her text her daughter.

Julie was fired from multiple jobs because of Danny. He gets jealous easily and is afraid that she will leave him. He stalks her at home and at her work.

Danny’s Side Of the Abuse

Danny claimed on April 30 that he was the one abused. He then admitted to abusing Julie in multiple ways. Danny tells Dr Phil on May 1 just what keeps their cycle of abuse going. Just taking a stab at it now, my guess is Danny keeps this tornado of hell spinning. Julie may not be little miss perfect, but Danny has a short temper and breaks water bottles to keep the voices in his head satisfied.

Danny could be compared to Golem/Smigel from Lord of the Rings. He talks to himself, grunts, hits himself and can flip at a moment’s notice. He’s obviously not a healthy person to be around. Will Dr Phil offer Danny counseling or just put him straight in the loony bin?