Dr Phil Helps Jessica Buchanan With Her Feelings Of Helplessness

Jessica Buchanan, the aid worker who made headlines last year after she and a colleague were held captive by Somalian pirates for 93 days before being rescued, will be coming to Dr Phil May 13 2013 to talk about her ordeal. 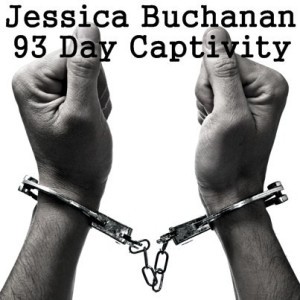 Jessica Buchanan will tell her story of being held captive by Somalian pirates.

In October 2011, Jessica Buchanan was on a demining operation with colleague Poul Hagen Thisted for the Danish Refugee Council near Adow. For the next three months, the two were held by the terrorists for ransom, while the U.S. government scrambled to find a solution. They tried to enlist the help of Somali elders and traditional leaders, hoping that they would have some influence over the pirates, but they were unwilling to help.

After three months of negotiations went nowhere, and as Jessica Buchanan’s health began to decline, President Barack Obama decided it was time to make a move. Under the cover of darkness, a 24-man SEAL team, the same one that killed Osama Bin Laden, was sent in to get the hostages out.

The operation was considered a total and complete success. There were no SEAL-team injuries or casualties, and all nine of the Somalian pirates holding Jessica and Poul were killed.

Jessica Buchanan Talks About Her Ordeal

I can only imagine what a harrowing experience that must have been for not only those two to go through, but for their respective families as well. According to reports, Jessica’s husband had to keep the capture quiet for three long months to avoid having the ransom raised in the wave of sensationalism that would have surely ensued.

Waking up every day not knowing if she was going to be alive the next must have been quite frightening, and will no doubt provide the threads for a very interesting yarn. Monday can’t come fast enough, as I am waiting with baited breath to hear her story!