Recapo Update: This show has aired.

On April 30 2013, a woman is afraid of facing her boyfriend. He’s clearly one of the most horrible human beings on the planet. He’s told her that if she ever leaves, he will make sure her life is miserable. He has her so afraid that she can’t leave. 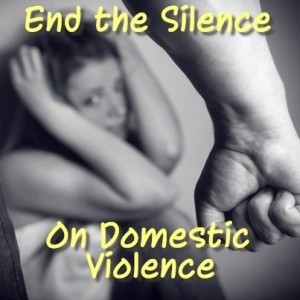 On April 30 2013, Dr Phil helps Julia and Danny get a hold on their toxic relationship. Dr Phil continues to “End the Silence on Domestic Violence.”

Julia tells Dr Phil in part one of this episode that her boyfriend, Danny, is controlling her. He abuses her daily, controls what she does and alienates her from her family. Danny insists that he is not physically abusive, but why else would Julia shrink from him?

Danny tells Dr Phil that he struggles with jealousy and anger. Julia has stuck with him for two-and-a-half years. She has a court order of protection that she hoped would stop Danny from stalking her at her job. Unfortunately it didn’t and Julia was fired. After his outbursts, Danny profusely apologizes and promises to be better.

Although Julia knows things won’t change, she has taken him back many times. She fears that one day this behavior will cause him to kill her. Danny says, “The only way we are ever leaving each other is when we both die in our 80’s.”

In part one of this two part series, Dr Phil tries to uncover the DNA of this relationship. They are caught in a cycle of abuse. This is just one of the episodes where Dr Phil gives a voice to domestic violence. He started a campaign, “End the Silence on Domestic Violence,” in an attempt to bring domestic violence issues to the forefront.

Already this season, Dr Phil has helped several couples come from the brink of destruction to getting help. Whether they stay together or split up, Dr Phil plans to help these couples find their self worth and make better life decisions.