Recapo Update: The recaps for this episode are now available…

Challenge accepted, sir. On March 8 2013, Dr. Phil is all-new and he confronts a man that says he can’t be changed. Mark admits to being a horrible person that people equate to the Devil. You can almost see Dr. Phil saying, “Bring it on.” 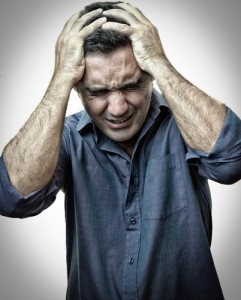 On March 8 2013, Dr. Phil is challenged to fix an arrogant, racist, homophobic man with a troubled past.

Nikol’s husband Mark is arrogant, racist, homophobic and narcissistic. Why does she still want to be with him? Her friends call him the Devil and he accepts it all. Nikol doesn’t think she can get another man to love her.

Mark tells Dr. Phil “good luck.” He says he doesn’t succumb to the drama and doesn’t mind being the villain. When Dr. Phil starts to break down his barriers and get into his past, Mark’s cracks begin to show. There is even a tear shed.

He tells Dr. Phil that his childhood was a nightmare. His mother didn’t control him and his father was never around. He was sent to drug rehab at age 12 because his mother didn’t have a place for him anymore. Mark didn’t have a drug problem, but he felt so messed up that he didn’t know where to go. He moved out at age 15. “I just felt like I was programmed to screw up,” he tells Dr. Phil.

Nikol had a very unhappy childhood as well. She was sent to foster homes that abused her as a child. She started trying to get pregnant in high school. She thought that if she got pregnant, the boy’s family would rescue her from her life.

Dr Phil believes he can fix this couple, but is it healthy for them to stay together? He’s going to push them both to their breaking point to find out.