Recapo Update: The recaps for this episode are now available…

On March 27 2013, Dr Phil talks to a family rocked by a devastating suicide and death. Brenda and Jeremy Perry lost their sons weeks ago when Brenda’s mother killed them and herself. Brenda explains to Dr Phil why she was so concerned about her mother’s mental state. Then, Bethany Storro tells Dr Phil about why she poured acid on her own face, but lied about what happened. 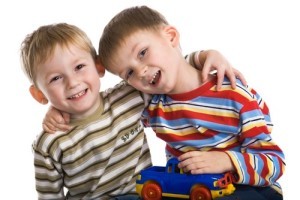 On March 27 2013, Dr Phil talks to Bethany Storro and two parents that lost their children.

A few weeks ago, Brenda and Jeremy Perry had to say goodbye to their two sons, Alton, 2, and Ashton, six months. Their grandmother picked them up from daycare, even though it was known she was not mentally stable. She took the boys home where she shot them and then turned the gun on herself.

Brenda explains on March 27 why she never left the boys alone with her mom. The couple prepares for difficult days ahead and Dr Phil has a surprise for the couple that might ease their pain.

In 2010, Bethany Storro accused a mystery attacker of throwing acid on her face. She is permanently disfigured and recently came clean about what really happened the day her face was destroyed. Storro tells Dr Phil that she was the one who applied industrial strength drain cleaner to her face.

Storro said that she has body dysmorphic disorder. When she looked in the mirror, Storro only saw a hideous reflection. She wanted to get rid of her face and was then scared. Storro ran out on the street and then people assumed that she had been attacked. They took her to the hospital and she went along with the assumption. She’s now getting therapy for her disorder and working on her personal image.