Dr Phil: How To Have a Successful Marriage

On April 11 2013, Dr Phil tries to help Tiffany and Richie, parents who have been through a lot of heartbreak in their marriage. They’ve lost three children and their youngest was abused by a family member. They say that their marriage is hanging on by a thread, so can Dr Phil pull them back together as a couple? Then, Ashley and Erin say that their seven year marriage is going to end in divorce if they don’t work things out. Is open marriage in Dr Phil’s list of tips for having a successful marriage? 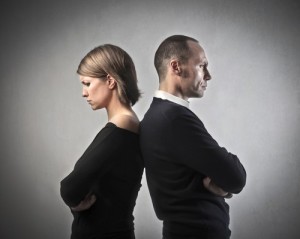 On April 11 2013, Dr Phil shows two couples how to have a successful relationship after losing a child.

Tiffany and Richie have been through a lot in their eight year marriage. They’ve gone through a miscarriage, stillbirth and the death of their two-month-old son. They recently had to prosecute a family member for abusing their two-and-a-half-year-old daughter.

Dr Phil wants to help them on April 11. They need to support each other and stay united in their grief. They are both grieving in different ways which is causing tension.

Also on this episode, Ashley and Erin have tried everything to get their marriage to work. From the beginning they’ve struggled with infidelity and tried to work out an open marriage. They have been trying separation for the last six months. Erin and Ashley have a six-year-old and a six-week-old child. Can they figure their lives out for the sake of their two kids?

Plus, Dr Phil is giving his tips for maintaining a healthy marriage and successful relationship.