Recapo Update: The recaps for this episode are now available:

On an all-new Dr. Phil, Casey Anthony’s former lawyer Jose Baez is speaking out about the trial that is still making news around the country. A year and a half after Anthony was found not guilty of the murder of her daughter, Baez has written a book about what the public didn’t know about the trial. Also, a prosecution witness, John Bradley, is speaking about his accused perjury. 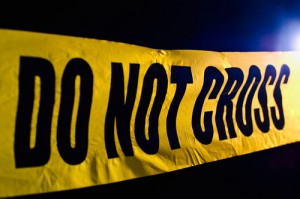 Jose Baez was Casey Anthony’s defense attorney when she stood trial for the murder of her two-year-old daughter Caylee. A year and a half after the trial and Anthony was found not guilty, Baez has written a book about what the public did not know was going on behind-the-scenes. Presumed Guilty: Casey Anthony: The Inside Story will certainly make headlines and bring the case back to the forefront fo the country’s minds.

Baez will talk to Dr. Phil about Anthony and what happened during the trial. He knew her history of lying, so did he misdirect the jury to have the votes swing their way? Plus, what has happened since the trial? Rumors are that Anthony has declared bankruptcy and reconciled with her father. Does Baez still stand by his accusations of Anthony’s father? He also said he knows how little Caylee really died.

John Bradley testified for the prosecution in the trial of Casey Anthony. Baez accused Bradley of lying on the stand during trial. Bradley will admit to Dr. Phil the truth about the accusation when they men sit down in an exclusive interview.

If you followed the Casey Anthony trial, don’t miss this episode of Dr. Phil. New evidence and truth will be revealed!