Recapo Update – Here are the segments from today’s show:

Dr. Phil: Brittany Wants To Save Krysten From Abusive Relationship

Dr. Phil: Tim Says He Is A Changed Man, But Brittany Doesn’t Think So

Dr. Phil: Tim Was Telling Krysten Half Truths About Brittany

Dr. Phil: Tim’s Lack Of A Father Played Part In His Ignorant Behavior

Dr. Phil: Child Advocate Areva Martin – Tim Not Ready To Be A Father

On Dr. Phil May 17 2013, Brittany, who was on Dr. Phil before with her now ex-boyfriend Tim, is warning Tim’s new girlfriend, Krysten, away from marrying him. After the abusive relationship the two had, they lost their six-month-old daughter, whom Brittany is now trying to get back from the Department of Human Services. 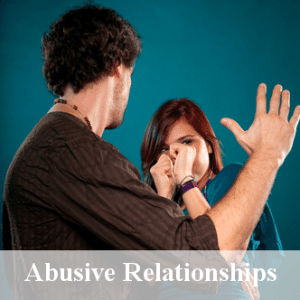 Brittany warned Krystal of how dangerous Tim is.

Brittany and Tim had a rough relationship. Not only was it abusive and full of cheating, but there was an innocent child thrown into the mix as well. Despite all of this, Brittany said that she was still thinking about marrying him. Three days after their episode of Dr. Phil aired back in November 2012, the Department of Human Services came in and took away their six-month-old daughter. Having her child in foster care motivated Brittany to leave Tim for good in an effort to get her daughter back. However, it looks like Brittany is not done with Tim just yet.

Despite the fact that they have only been together for three months, Tim is insisting that he is head-over-heels in love with Krysten, his new girlfriend. Hearing about his claims of being a changed man, though, Brittany gets Krysten on Dr. Phil to warn her away from Tim. With his past history of abuse and Tim’s lack of faithfulness, Brittany thinks Krysten will seriously regret making any kind of serious commitment with Tim.

Are Brittany’s intentions pure, or is she using subterfuge to try and get back with Tim? After reading through some of the articles on Tim’s last episode on Dr. Phil. I think it is safe to say that Brittany would have to be an utter idiot to ever want anything to do with him.

Check the articles out and let us know what you think in the comments below!