Dr. Phil: Brenda Heist Turned Herself In After Suicide Attempt

Dr. Phil: Brenda Heist Had Relationships With Other Children In Florida

Dr. Phil: Brenda Heist Is Reunited With Her Mother After Over A Decade

Pennsylvania mother Brenda Heist, who disappeared in 2002, turned herself in down in Florida this week. She will be on Dr. Phil Monday May 20 2013 to talk about the experience, why she did and, and what she’s going to do about her family. 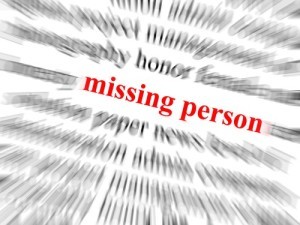 Why did Brenda Heist abandon her family and disappear for 11 years?

According to snippets of the interview on Today Show, Brenda Hesit thought that her family would be better off without her. Her and her husband’s marriage was deteriorating, her financial state was dire, and she was becoming depressed, so she decided to take off, hitchhike her way down to Florida with nothing but $20 to her name, and start fresh as a beach bum. However, judging by the fallout that resulted from her disappearance, it looks like she would have been better off ironing out her issues with her family.

At one point, her husband was actually a suspect in the case. For a time, his character was under attack because no one knew where Brenda Heist was, and he was suspected to have played a part in her disappearance. Not only that, but she also missed almost the entirety of her children’s youths, from their high school graduations all the way to their college graduations. Most of their lives happened without her there.

Dr. Phil: Brenda Heist Would Like To Be Forgiven

Brenda Heist said she would live to be forgiven by her family, but does not think that she will ever be able to forgive herself for what she did. It looks like that forgiveness might be a challenge to obtain, though. Her husband has moved on and can only hope that she gets over whatever mental problem ails her, and her children really are not interested in hearing any kind of sob story she would have for them. They just want the cold hard truth.

This episode is sure to be pretty emotional.