Dr Phil met Kelly, whom friends believe drowned his wife. A death investigation cleared him, but he was the victim of a chemical burn, and he believes his late wife’s friends were involved. Kelly said that Nancy and Christine will not stop harassing him and have tried to kill him. The offered to buy his wife’s ashes for $10,000 because they want to bury her beside her mother. He said that Peggy never wanted that, she wanted to be buried in a flower garden. He also said that Nancy and Christine were not Peggy’s best friends. 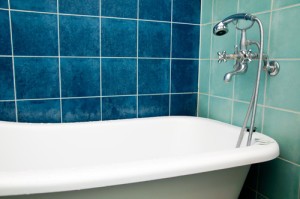 Nancy and Christine think that Kelly killed their friend Peggy, so they brought in Andrea Zaferea, a homicide drowning investigator, to reevaluate the case.

Nancy and Christine asked Andrea Zaferea, a homicide drowning investigator, to look into Peggy’s death. Zaferea is doing the investigation pro bono for the state of New York. She also worked on the Scott Peterson case.

Zaferea said she believes Kelly murdered his wife. There were red flags all over the scene and wants to reopen the case. She said that the police did not call in a special investigation team to document the crime scene. By inspecting photos of Peggy’s death, Zaferea believes the scene was staged, altered and there were signs of a struggle. She wants permission to recreate the scene with a woman of Peggy’s size in order to get an accurate reading of the evidence.

The first question Zaferea asked was does it make sense that the victim was in the water? She said absolutely not. Kelly claims that was his wife’s bathroom, but Nancy and Christine have told her that bathroom wasn’t for baths or showers. Also, Peggy never took baths.

Second, Peggy’s hair was in a clip and the clip was falling out. Zaferea believes that this is a sign of a struggle. She’s looked at other bathtub drowning cases and out of thousands there was only one that had the victim in the same position. This case is also being investigated as a homicide.

Zaferea said that the times when a homicide are most likely with married couples are days when the couple separates, the wife tries to take control and when the wife takes out divorce or important papers. All of these things happened the day that Peggy died.

Zaferea also accused Kelly of domestic violence, which made him very angry. Dr. Phil had affidavits confirming Kelly’s past instances of domestic violence. There were cases from the 1980s up to 2001. Kelly acknowledged them but said that he has gone through anger management and would rather pick up his stuff and leave than hurt or kill someone.