Dr. Phil: Does This Mother Feel Relief After Trying To Kill Her Daughter?

Dr. Phil has been sitting down with Kelli Stapleton, who tried to kill her autistic child Issy and herself. She said she did it because her daughter Issy was out of control and aggressive and violent. Dr. Phil asked her if she felt relieved at no longer having to deal with her daughter. She said that the jail she’s in now “has been a much kinder warden than the jail of autism has been”.

Kelli also said that she gets a lot of letters of support from people who are praying for her. She said that some people have said they’ve considered the same thing she did. She told them they’re not alone, but that they should hold onto hope.

Dr. Phil: What Do Her Other Children Think? 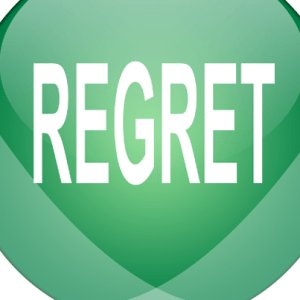 Does Kelli Stapleton think her attempt on her daughter’s life was a normal reaction? Does she regret what she did? (Renato Arap / Shutterstock.com)

Kelli said she’s talked to her other children on the phone and said that they were glad to hear from her. She said her daughter might be mad at her for trying to kill Issy and herself, but she thought she was more glad that Issy and her mother were alive.

Dr. Phil: Does She Regret Not Succeeding?

Kelli said that the events that caused her to try to kill Issy and herself are still the same. She said it was a bad choice to try to kill herself and Issy because Issy has ” a journey and it wasn’t her right to take her from it”.

Dr. Phil asked her if she wished she’d succeeded. “I believe, obviously, in heaven. I will always look forward to being there. But I’m glad we survived. I’m glad she survived,” she said.

Dr. Phil: Was This A Mercy Killing?

Kelli said she didn’t believe her attempt on Issy’s life was a mercy killing. She considered it “moving to a better zip code”. She thought they were going to a better place.

“Will that sound crazy to people?” Dr. Phil asked.

Dr. Phil: Will She Do It Again?

When Dr. Phil asked her if she would make another attempt if she was given the opportunity. She said no. Dr. Phil wondered why, since she believed they would just be going to a better plane of existence. Kelli said her perspective was different now and she knew that Issy has a lot to offer this planet. She said it took being away from that situation to see it more clearly. That’s why she feels differently now.

Dr. Phil asked Kelli if she needed help to gain clarity and sort this out in her mind. “I think that I’ve had a pretty normal reaction to a really horrifically abnormal situation,” she said.

To clarify, Dr. Phil asked her if she meant that trying to kill herself and her daughter was a normal reaction to her situation. She said it was.

Dr. Phil: Does She Think Her Husband Should Kill Her Kids?

Her husband has filed for divorce. Kelli said she thought he was doing the right thing because he has to take care of the kids and himself. She said it’s good for him to distance himself from her. She added that it was an honor to be his wife for as long as she was.