Dr. Phil: Mother Tries To Kill Herself & Her Autistic Daughter

Dr. Phil has been talking to Kelli Stapleton, who attempted to kill her autistic daughter and herself and who now faces life in prison. She locked herself and her daughter in a van with two charcoal grills burning, attempting to die from carbon monoxide poisoning. Dr. Phil asked her, as she and her daughter were lying down, did she ever doubt what she was doing?

“I had no doubt we were going to open our eyes and be in paradise. And we could run and play and I could ask her what she wants to be when she grows up, which I know is ironic. I couldn’t wait to talk to her,” she said. 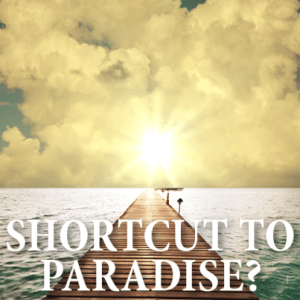 Kelli Stapleton described to Dr. Phil the aftermath of her attempt on her daughter’s life and how she felt. (Galyna Andrushko / Shutterstock.com)

“That’s not ironic. It’s irrational. You’re saying you wanted to have those discussions with her, but yet you made the conscious choice to end her life and yours,” he said.

Kelli said she believed in heaven and she believed in paradise. She said maybe in heaven, her daughter Issy could be whatever she wanted to be. I think it’s worth noting that someone who believes in heaven would know that murder is not a good way to get into paradise. Or should know, anyway.

Dr. Phil: What Happened After The Attempt?

Kelli said she remembered the hospital ride. It wasn’t until she got to the hospital she learned Issy was okay. Issy was in a medically induced coma. Kelli said the first time she saw her husband after she tried to kill herself and Issy was several months later, on Christmas morning. Issy said she didn’t remember the conversation. She said she was pretty sure it was superficial. Kelli’s last conversation with Issy was the day she tried to kill Issy and herself. Kelli said she missed her daughter and wanted to see her again.

Kelli said it didn’t feel like she tried to kill her daughter. She also didn’t think it was an evil act. “We asked for help. It never had to get this bad. There was just roadblock after roadblock. I lost hope. And she needed to be released from this,” she said.

She said that she knew this would be a sad thing for her husband and her other kids, but she wanted them to be free of Issy and the burden Kelli felt Issy put on the family.

Dr. Phil asked if she wanted every parent with an out of control teenager kill their children. Kelli said that she wouldn’t advocate that. She said she would tell them to find hope and to hold onto it. Because if there’s one person you want to take parenting advice from, it’s a person convicted of first-degree child abuse who tried to murder her own daughter.