Dr. Phil: Mother Tries To Kill Herself & Her Autistic Daughter

Previously, Kelli said that she didn’t think she tried to kill her daughter, but rather take her to heaven. Rational people would not see a difference, but for Kelli, there was a big difference. She claims she truly believed Jesus would come and take them away. Kelli told Issy they were going camping. They made s’mores and brought two portable charcoal grills inside the van. Then they laid down together as carbon monoxide filled the van.

Luckily, Issy survived Kelli’s attempt. Kelli says she’s glad Issy survived because it wasn’t her right to take her away from her journey in life. But she also said she didn’t think what she did was evil or even misguided. She said it was a normal reaction.

Dr. Phil: What Would She Say To Her If She Could? 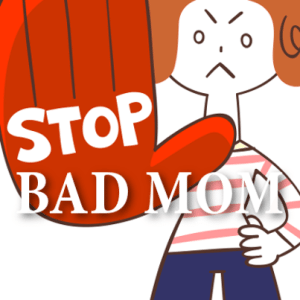 Dr. Phil continued his interview with Kelli Stapleton, the mother who attempted to kill herself and her autistic daughter. (haru_natsu_kobo / Shutterstock.com)

Dr. Phil asked Kelli if she somehow could go home from jail and she could take care of her autistic daughter again, would she want to do that? Kelli said she wouldn’t want to do that. Issy has violent, uncontrollable outbursts and has given Kelli a black eye in the past. Kelli said she couldn’t deal with Issy’s aggression again. She said she lived in fear every day of her life before.

Dr. Phil wondered what she would say to Issy if she could. She said it was always about love. “I hurt her. There’s not enough medication, there’s not enough therapy on this planet to make that okay,” she said.

Dr. Phil: Was Her Daughter Aggressive?

Dr. Phil also talked to two of Kelli’s best friends, Marlowe and Vicki. They said that Issy’s autism manifested itself in aggressive behaviors. They said Issy gets agitated easily and she’s impatient. They remembered a time when Issy pushed Kelli down the stairs and Kelli was knocked unconscious. Kelli had to call the police. Kelli has also suffered three traumatic brain injuries. They said that Kelli was suffering memory loss.

“I’m not sure who else could have gone as long as she did with the behaviors that Issy had. I’m not sure how anybody could live like that, honestly,” one of her friends said.

Dr. Phil: Did She Think Her Daughter Was Going To Kill Her One Day?

Talking to Marlowe and Vicki in the studio, Dr. Phil clarified that neither of them endorse Kelli’s choice and said he didn’t, either. But Dr. Phil said that Kelli was definitely lost and didn’t know what else to do. Kelli couldn’t get support and Issy’s aggression also manifested against her other daughter Aynsley and Kelli felt protective of her.

“I got the feeling this was one of the most desperate human beings I had ever talked to,” Dr. Phil said.

Vicki and Marlowe both said that they believed Kelli thought Issy was going to kill her one day. They also explained the circumstances of what happened right before Kelli tried to kill Issy and herself.

Dr. Phil: What Led Up To That Day?

Issy was in a treatment program for her condition and had just been abruptly released. The idea of the program was that Issy would be slowly reintegrated into the house, but that didn’t happen because the insurance company stopped paying for the treatment center. Then, after Kelli got into an argument with a teacher at the school where Issy was going, Issy wasn’t allowed back to the school. With Issy’s increased aggression at home and targeting her sister Aynsley, as well as Kelli, Kelli felt her only option was killing herself and killing Issy.

I think Issy’s condition is very tragic and I understand that there are difficulties in raising someone with that sort of condition. However, the tone of this segment of Dr. Phil seemed dangerously close to defending Kelli and what she did and even empathizing with her. I don’t care what the circumstances are. What Kelli did is reprehensible, evil, and absolutely terrible. And I think anyone who watched part one of Dr. Phil’s interview with her could see Kelli had completely lost touch with reality.

Worse, Kelli’s friends say that with Kelli out of the house, Issy has started targeting Aynsley in her place. Everything about this story is incredibly tragic.