Tracy and Clint are concerned about their 17-year-old daughter Callie, whose explosive behavior has led to violent physical confrontations in their home. Tracy said that her daughter meets many of Dr Phil’s Nefarious 15 guidelines. Her illegal drug abuse and other risky behaviors had Dr Phil concerned.

Dr Phil: Is Callie A Baiter? 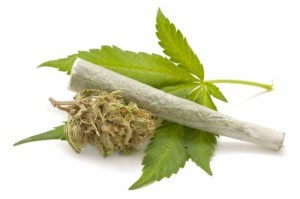 Dr Phil questioned 17-year-old Callie about her illegal drug abuse, which she admits to. The teenager was also accused of sneaking men into the family home.

Callie laughed at the suggestion that she is a Baiter, as defined in Dr Phil’s Life Code book (Dr Phil disagreed with that assessment, but still managed to plug his book). Her parents are worried about her behavior with young men. Since age 15, she has pursued dangerous older guys.

Her parents don’t think she is making good relationship decisions. Her husband instructed one of the guys to stay away from his daughter. He said that he keeps a baseball bat in his car in case he has to confront one of her boyfriends.

“We found out that Callie let people in our house after we went to bed,” Tracy said. On another occasion, she hid a man in the attack.

A tearful Callie said she did not appreciate having people she cares about look bad on television. She admitted to smoking marijuana and drinking alcohol. She said she has done a lot of things in the past that she no longer engages in.

But Tracy said she did a drug test on Callie recently, which detected alcohol, ecstasy, and marijuana. Callie did not want to talk about the drug test, but said that her mother was presenting a distorted view of her.

Dr Phil pointed out that alcohol, marijuana, and ecstasy are illegal, which means she is involved in dangerous criminal behavior. He hoped to negotiate peace for the family, but did not think they could come to an agreement if Callie insisted on continuing to use drugs.

Callie said that her parents overreact to her behavior. She did not think that her marijuana use was out of control, and did not want her parents meddling in her decisions. “They can’t control everything. I’m a grownup. I’m not a child anymore,” she said.

Dr Phil reminded her that she could be arrested, which could affect her future and college plans. Callie is a bright student by all accounts, but she said her parents prevented her from graduating early.

Callie and Tracy disagree about who is doing what to keep the teenager alive. Callie thinks her mom needs to calm down and stop worrying so much about her behavior.

“I’m operating from a base of fear,” Tracy said. Tracy does seem a little reactive.

Callie suggested that she wants her mother to stop acting crazy.