Dr. Phil: Forced To Endure Abuse By His Stepmother

Corey says that when he was only 10 years old, he was manipulated after years of torture by his stepmother Judith into shooting his father. 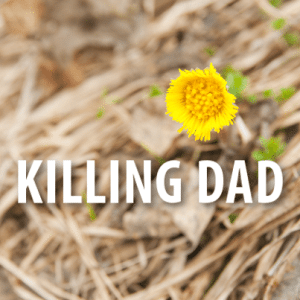 Dr. Phil talked to a 21-year-old named Corey, who was forced to kill his father by his stepmother Judith when he was 10 years old. (Ahuli Labutin / Shutterstock.com)

His father remarried to Judith when he was 5 or 6. Judith spanked him, threw him around, and made him eat feces. When Corey started to bruise, Judith would put him in an ice water bath to reduce the swelling for hours. If he tried to get out, she would push his head under the water.

Sometimes teachers would see the bruises, so Judith would put him in turtleneck sweaters and long-sleeved shirts, even in the summer. She also began abusing him on his genitals, twisting them and turning them and burning them with a lighter. Judith had convinced Corey’s father that he was a problem child. She also would make Corey do things and he would be forced to do them because he feared what she would do to him if he didn’t.

“I couldn’t tell her no, I would just be beaten more. I was completely brainwashed by Judith. I had to do everything she said. Including killing my father,” he said.

Judith had planned the death of Corey’s father for weeks. She told him his father had brain cancer and was dying. She told him that it was his idea that he was supposed to shoot him. One day when he got home from school, Judith put her hand around his neck and told him this was the day.

Judith told him to get the gun from the laundry room and spread out a bunch of catalogs on the floor and the bed to make it look like they were talking about hunting. And he was supposed to put it up to his head and pulled the trigger.

“When I shot him, I remember hearing this one last breath that he took. It was just long and drawn out and I knew he was gone,” Corey said.

After he did it, he ran into the other room and called 911. Judith had him memorize a story and that’s what he told the police. Judith made sure she was at her mother’s house. He told police that he had been handing the gun to his father when his dad jerked it and Corey’s finger was on the trigger, shooting his father. Police believed him.

“For the next nine years, I had to keep that secret,” Corey said.